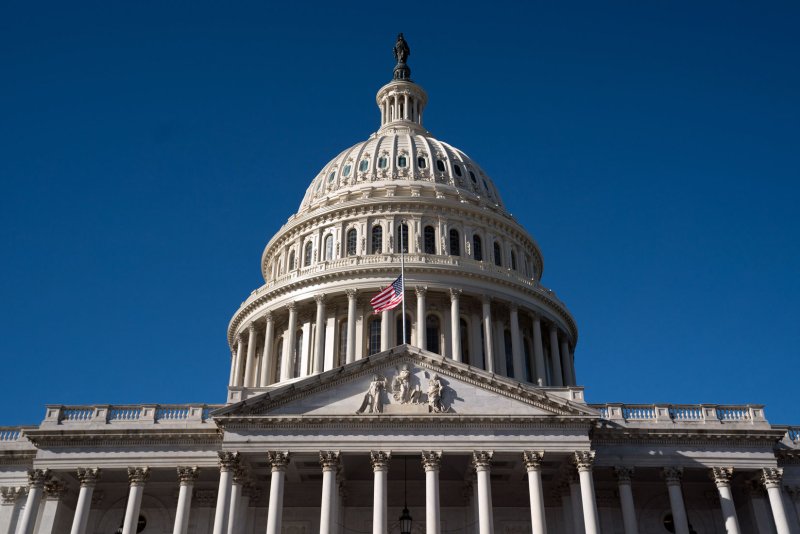 If the House approves the legislation this week, Congress could send it to President Donald Trump's desk for a signature before Christmas. File Photo by Kevin Dietsch/UPI | License Photo

Three African-American senators, Cory Booker, D-N.J., Kamala Harris, D-Calif., and Tim Scott, R-S.C., introduced the Justice for Victims of Lynching Act of 2018 after more than 100 years of attempts to pass such a law.

"Lynching is a dark and despicable aspect of our nation's history. We must acknowledge that fact, lest we repeat it," Harris tweeted.

In addition to outlawing the practice of mob killing, the legislation would add lynching to the federal hate crimes list.

"I am glad the Senate passed this important bill today, and am hopeful the House will do the same," Scott said. "It is important we send a signal to those with hate in their hearts that we will not tolerate these heinous actions."

Rep. James Clyburn, D-S.C., pledged to support the bill in the House. If the lower chamber votes on it this week, Congress could send the bill to President Donald Trump's desk for a signature before Christmas.

"I strongly support this long-overdue legislation," Clyburn said, "and I urge the Republican Leadership to bring it to the House floor without further delay."

U.S. News // 3 hours ago
Body, motorcycle found 456 feet below Grand Canyon rim
March 4 (UPI) -- The National Park Service said Thursday that Park Rangers had recovered the body of a missing Kentucky man in the Grand Canyon, bringing an end to a multi-day search and rescue operation.