Dec. 13 (UPI) -- A Gallup poll released Thursday found that Americans' assessment of their mental health failed to rebound this year after dropping to a 16-year low in 2017.

The study found that 83 percent of Americans characterized their mental health as "good" (40 percent) or excellent (43 percent), after it fell 4 percentage points to 82 percent last year. The past two years produced two of the three lowest percentages of people who positively characterized their mental health in the 18-year history of the question.

Gallup has asked the question in each one of its annual November Health and Healthcare surveys since 2001 and the combined "good" and "excellent" responses have never dropped below 82 percent.

The survey notes that three demographic groups who had more negative views of President Donald Trump than they did of President Barack Obama drove the decline in Americans' views on their mental health in the two years since he was elected.

The study also showed that throughout the past 10 years people with higher income and more education generally had more positive views of their mental health.

During that period, 80 percent of people with no college education viewed their mental health as "excellent" or "good," while those earning less than $30,000 a year had a 74 percent positive view versus 95 percent earning $75,000 and above.

Among people who were either divorced, retired or unemployed, 31 percent said their physical health as "fair" or "poor" along with 34 percent of people who had been widowed according to the study.

People aged 55 and older were almost twice as likely at 28 percent to report fair or poor mental health than adults under 35 at 13 percent. 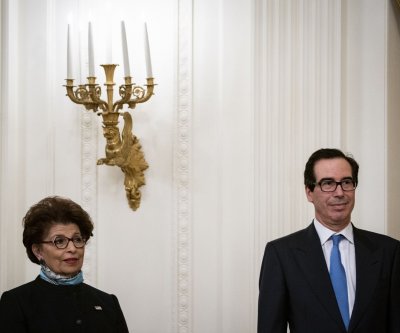 U.S. News // 11 hours ago
McConnell hints at 2nd stimulus payment in Senate rescue package
July 6 (UPI) -- A second round of stimulus checks could be part of a new congressional rescue package to boost the economy during the coronavirus pandemic, Senate Republican leader Mitch McConnell said Monday.