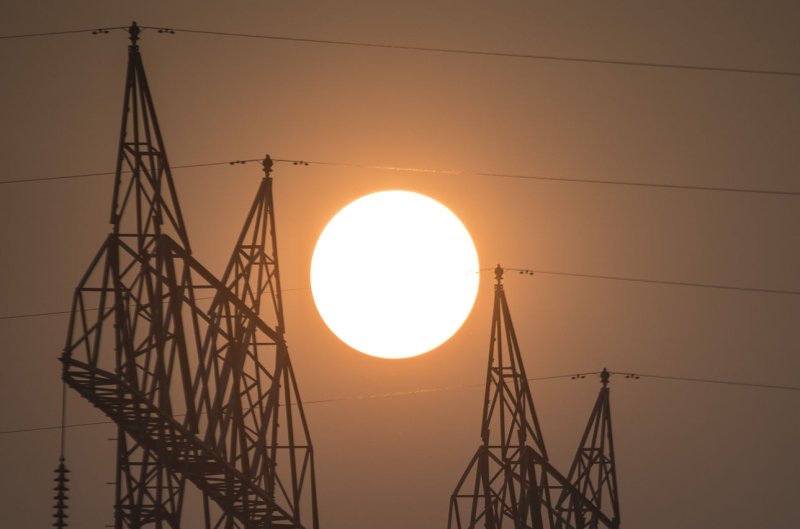 Dec. 12 (UPI) -- The deadliest wildfire in California history, which killed 86 people, may have started because of failed electrical transmission lines, Pacific Gas and Electric said Tuesday.

The utility said in a letter late Tuesday power outages were detected Nov. 8 on the Caribou-Palermo transmission line and the Big Bend distribution circuit, prompting inspections of both sites. Both lines are in Butte County where the Camp Fire torched more than 150,000 acres and nearly destroyed all of Paradise, Calif. The death toll was revised this week to 86. Nearly 19,000 buildings were destroyed, including almost 14,000 homes.

"These incidents remain under investigation, and this information is preliminary," PG&E said in its letter. "The cause of these incidents has not been determined and may not be fully understood until additional information becomes available."

For the Caribou-Palermo line, a suspension insulator had separated from an arm on the tower. Inspectors found a flash mark on the tower on Nov. 8. A PG&E inspector was the first to see the fire and call 911.

PG&E inspectors inspected the Big Bend line on Nov. 9, finding a pole and other equipment with bullet holes at the break points. The utility said other damage was also found, including a broken C-hook, and several fallen trees were also found with wires on top of them.

The cause of the fire is still under investigation.

"The loss of life, homes and businesses in the Camp Fire is truly devastating," PG&E said in a statement. "Our focus continues to be on assessing our infrastructure to further enhance safety, restoring electric and gas service where possible, and helping customers begin to recover and rebuild."

A class action lawsuit has been filed against PG&E, blaming the fire on "unsafe electrical infrastructure."

PG&E is already facing pressure for multiple wildfires that killed 44 people in October 2017. Equipment failure was found to be the cause of those fires.

The utility said it will take proactive measures to reduce the risk of wildfires in the future, including monitoring risks in real time and expanding its network of weather stations to enhance forecasting. The utility will also install 600 high-definition cameras in high fire-threat areas.

Additional safety inspections from the ground and the air are also needed, PG&E said. Overhanging branches and limbs around power lines will also be trimmed. Dead and dying trees will also be removed. PG&E could even proactively turn off an electric line as a last resort when there's an extreme fire danger.

Statewide, the cost to clean up debris from November's wildfires in Butte, Ventura and Los Angeles counties could cost at least $3 billion.

The $3 billion price tag is more than twice the amount needed to clean up the 2017 Wine Country Fires.

Experts say the threat of wildfires in California is growing because the ongoing drought has left so much dead vegetation, and more greenhouse gas emissions increase the likelihood of more fires.

U.S. News // 1 hour ago
Brazil's ousted ex-president seeks permission to remain in United States
Jan. 31 (UPI) -- Former Brazilian president Jair Bolsonaro has applied for a visa extension that would allow him to remain in the United States amid mounting legal troubles back home.

U.S. News // 7 hours ago
Four White supremacists sentenced for attacking Black DJ in 2018
Jan. 31 (UPI) -- Four members of a White supremacist organization have been sentenced to jail on hate crime charges for assaulting a Black man at a bar in 2018.

U.S. News // 10 hours ago
10 wounded in broad daylight drive-by shooting in Florida
Jan. 30 (UPI) -- At least four gunmen in a sedan opened fire on both sides of a street in "a challenged neighborhood" of Lakeland, Fla., injuring at least 10 people, including two critically, authorities said.