Dec. 8 (UPI) -- Members of the House judiciary committee largely focused on the lead-up to the 2016 presidential election during former FBI Director James Comey's testimony, a transcript of the hearing released Saturday revealed.

The panel released the transcript of the Friday hearing as part of an agreement with Comey, who initially didn't want to answer questions behind closed doors.

Comey said he didn't understand Republicans characterizing former FBI agent Peter Strzok as a Clinton supporter. Strzok also appeared before the judiciary committee in July over texts critical of President Donald Trump, and was subsequently fired from the bureau.

RELATED Trump to nominate William Barr as attorney general: 'He was my first choice'

"Peter Strzok helped draft my letter to Congress on October 28th that Hillary Clinton blames for her defeat. So it's hard for me to see how he was on Team Clinton secretly at that point in time," Comey said, referencing his announcement that the FBI was again reviewing Clinton's emails after declaring she would not be charged for using a personal computer server.

Comey also told investigators that the Justice Department's Russia investigation was not instigated by the so-called Steele dossier, an intelligence report by former British spy Christopher Steele that makes unverified allegations against Trump.

After the hearing Friday, Comey questioned the effectiveness of the questioning.

"Today wasn't a search for truth, but a desperate attempt to find anything that can be used to attack the institutions of justice investigating this president. They came up empty today but will try again. In the long run, it'll make no difference because facts are stubborn things," he said.

"It is being reported that Leakin' James Comey was told by Department of Justice attorneys not to answer the most important questions. Total bias and corruption at the highest levels of previous Administration. Force him to answer the questions under oath!" he tweeted.

U.S. News // 40 minutes ago
October snowstorm set to smash early-season records
Another potentially record-setting snowstorm is set to target millions of Americans in the coming days.

U.S. News // 9 hours ago
Man held in N.C. plotted to attack Biden, federal officials say
Oct. 23 (UPI) -- Federal officials say a man who faces child pornography in North Carolina is linked to what they say were plans to carry out acts of domestic terrorism, including an attack on Democratic presidential nominee Joe Biden. 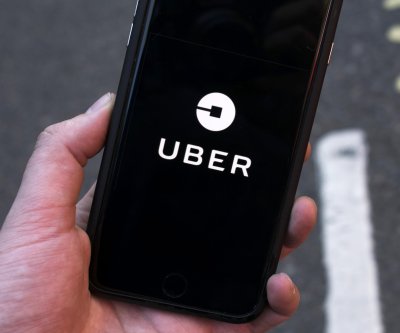 U.S. News // 13 hours ago
California court says Lyft, Uber must classify drivers as employees
Oct. 23 (UPI) -- After months of legal dispute, a California appellate court has ruled that ride-share operators Uber and Lyft must consider their drivers employees -- a prospect that has both companies threatening to leave the state.