The plaintiffs argue in the suit the deadly blaze that started on Nov. 8 was sparked by "unsafe electrical infrastructure" in Butte County owned, operated, and maintained by Pacific Gas and Electric.

The fire burned 230 square miles of land before it was contained Nov. 25. It's been called the deadliest wildfire in California history, with 11 people still reported missing. It damaged about 14,000 homes. Heavy rains last week helped extinguished the fire, but also brought flooding to many of the same areas.

Last month, a Cal Fire incident report listed the cause of the wildfire as under investigation, but the Chico Enterprise-Record reported downed power lines and high winds may have contributed, according to firefighter radio transmissions.

At least one resident told the newspaper there was a power outage in the area shortly before the fire was reported.

"Despite knowledge that its infrastructure was aging, unsafe, and vulnerable to weather and environmental conditions, PG&E failed to fulfill these duties, and failed to take preventative measures in the face of known, high-risk weather conditions to mitigate the risk of fire, including by de-energizing its electrical equipment," Lexi Hazam, an attorney representing the plaintiffs in the lawsuit, said in a statement.

"PG&E's failures here led to the deadliest and most destructive wildfire in California history."

The plaintiffs so far include Kevin Burnett and Leslie Moore; Darwin Crabtree and Sandra Crabtree; Joseph Garfield; Robert Eldridge; and Benjamin Greenwald in connection with his business as Greenwald Pest Defense.

"After a difficult and terrifying evacuation, we found out our home had been completely destroyed by the fire," Burnett said in a statement by law firms Lieff Cabraser Heimann & Bernstein and Edelson PC.

"The stress, the loss, are almost more than we can bear, and to then learn PG&E's equipment likely caused the fire, we just feel broken. I just lost 35 years of my life. Everything I worked for since I moved to California went up in smoke."

"Our primary focus continues to be the safety and well-being of customers and communities that have been affected," Laurie Giammona, the energy company's senior vice president and chief customers officer, said in a statement last week.

"We recognize the hardships you are currently facing, and we want to provide solutions and programs to help our customers through these difficult times."

The Sacramento Bee reported the utility came under scrutiny last year after the wine country fires killed 44 people and caused at least $10 billion in damages. Cal Fire then blamed transmission lines and other PG&E equipment for 16 of the fires, but not for the deadliest -- the Tubbs Fire in Santa Rosa, which killed 24 people. 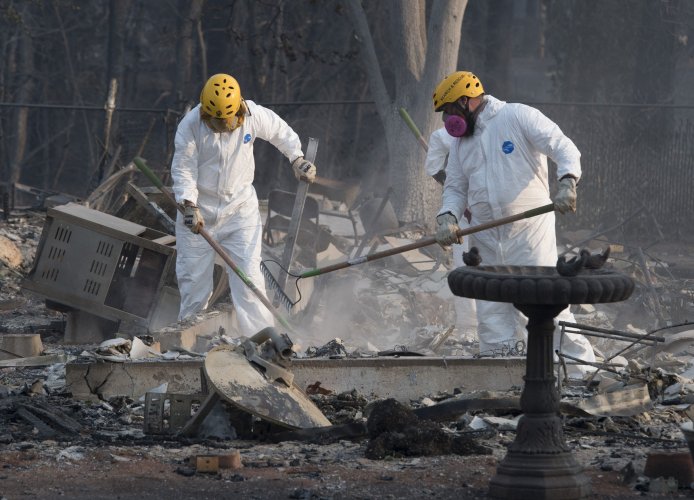 Members of the Mendocino County Sheriff's Department Search and Rescue, rake through ruins in Paradise, Calif. on Saturday. Photo by Terry Schmitt/UPI

Members of the Mendocino County Sheriff's Department Search and Rescue, rake through ruins in Paradise, Calif. Photo by Terry Schmitt/UPI

A Siskiyou County Sheriff's Deputy checks addresses and hands out information and face masks at a roadblock in Butte County, Calif. Photo by Terry Schmitt/UPI

Burned out cars cover a lot in the ruins of Paradise, Calif. Photo by Terry Schmitt/UPI

Only a staicase remains of a two story building. Photo by Terry Schmitt/UPI

People sort through clothes at a makeshift distribution center in a parking lot in Chico, Calif. on Saturday. The Camp Fire has destroyed nearby Paradise, Calif. and left thousands homeless and without possessions. Photo by Terry Schmitt/UPI

A mother adjusts the particle mask on her son in a Walmart parking lot in Chico, Calif. Photo by Terry Schmitt/UPI

Signs and messages are set up at the makeshift camp. Photo by Terry Schmitt/UPI

Residents of Paradise fill out forms to pick up their mail in a queue outside the Post Office in Chico, Calif. on Thursday. The entire town of Paradise has been burned out or evacuated. Photo by Terry Schmitt/UPI

A worker walks past rubble in Paradise, Calif. Photo by Terry Schmitt/UPI

The Paradise Inn lies burned to the ground. Photo by Terry Schmitt/UPI

Garden statues sit amid in the front yard of a of a burned out house on Skyway in Paradise, Calif. Photo by Terry Schmitt/UPI

Pelicans fly out to sea just after sunrise in the Golden Gate National Recreation Area in San Francisco on Thursday. Smoke from the Camp Fire in Northern California has choked the air and colored the sun. Photo by Terry Schmitt/UPI

Los Angeles Sheriffs Deputy John Mendoza tries to open the trunk of a burned up car at the entrance of Malibu Creek State park in Calabasas, Calif. on Wednesday. Photo by John McCoy/UPI

A burned house has only one wall remaining on Latigo Canyon in Malibu, Calif. Photo by John McCoy/UPI

An old gas pump stands in front of a house that has burned to the ground on Latigo Canyon road in the Woolsey Fire in Malibu, Calif. on Wednesday. Photo by John McCoy/UPI

A Sheriffs Deputy looks inside a heavily burned car in the Malubu Creek State Park. Photo by John McCoy/UPI

Total destruction with an ocean view is all that is left of this home on Latigo Bay View Drive. Photo by John McCoy/UPI

The charred remains of a pickup truck is parked in the Malibu Beach RV Park. Photo by John McCoy/UPI

The sign marking Malibu Creek State Park remains as fields and brush are charred in the Woolsey Fire in Malibu, Calif. Photo by John McCoy/UPI

A melted street lamp stands next to the ruins of the Malibu Beach RV Park after the Woolsey Fire burned through in Malibu, Calif. Photo by John McCoy/UPI

Marie Elchysyhn (L), 87, is comforted by Los Angeles County Sheriff Lt. Jinnifer Seetoo while standing in front of her manufactured home that was destroyed on Sherwood Road in Westlake Village, Calif. on Tuesday. Photo by John McCoy/UPI

A motorcycle sits in ashes on Sherwood Drive in Westlake Village, Calif. Photo by John McCoy/UPI

An Ericson sky crane makes a water drop on the hillside above the Sherwood Country Club near Westlake Village, Calif. Photo by John McCoy/UPI

Inspectors from the California Department of Forestry and Fire Protection look at a home that was destroyed. Photo by John McCoy/UPI

An Ericson sky crane water-dropping helicopter fills its tank with a snorkel by dipping it into Lake Sherwood in Westlake Village, Calif. Photo by John McCoy/UPI

View through what used to be the front window of a home on Kings Place. Photo by John McCoy/UPI

Lisa Gates (L), her husband, Richard Ozar, and their neighbor Phillip Schroth (R) stand in front of their homes that were not burned, while across the street on Kings Place, homes have burned to the ground. Photo by John McCoy/UPI

Smoke from the Woolsey Fire billows across north lanes of the closed 101 Freeway near Thousand Oaks on Sunday. Photo by Jim Ruymen/UPI

U.S. News // 42 seconds ago
Poll: Satisfaction with direction of U.S. at 9-year low
Aug. 4 (UPI) -- Satisfaction among Americans with the direction of the United States is at its lowest level in nearly a decade and just a few points off the all-time low, a Gallup poll showed Tuesday.

U.S. News // 42 minutes ago
Michigan, Arizona among 5 states holding primaries Tuesday
Aug. 4 (UPI) -- Five states will hold primary elections on Tuesday as some high profile members of Congress seek to fend off challengers from within their parties. 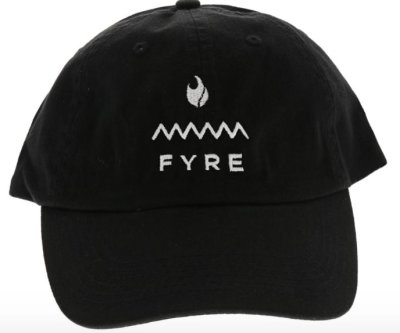