Up to 30" of snow, rains, possible slides expected across fire-ravaged California

Nov. 28 (UPI) -- Forecasters say a major storm system will hit the U.S. West Coast Wednesday, potentially leading to flash floods and mudslides in some areas -- including parts of California already devastated by wildfires.

Meteorologists said the storm will hit Wednesday night from San Francisco to San Diego as it heads west to the Sierra Nevada and Rocky mountain ranges, where rain will turn into snow at higher elevations.

Authorities said they're already expecting to close a 12-mile stretch of U.S. Highway 1, the Pacific Coast Highway, near Big Sur, Calif., because of potential mudslides. Also, a high-wind warning has been issued for coastal California and the San Francisco Bay Area.

The forecast calls for as many as 30 inches of snow farther inland in the Sierra Nevadas, along California's border with Nevada. Interstate 80, which cuts through the mountains at the border, is a major thoroughfare for travelers heading west.

Forecasters said the storm will also impact the Los Angeles area, where the Woolsey Fire burned nearly 100,000 acres this month.

In Northern California, firefighters have only barely contained the Camp Fire -- thanks to some rain last week -- but the storm could facilitate large-scale erosion because much of the grass and underbrush was burned away. That fire charred more than 150,000 acres and killed 85 people. It was the deadliest wildfire in California history.

On Tuesday, a different storm caused a small rock slide that blocked the Panoramic Highway in Marin County, across the bay from San Francisco.

U.S. News // 13 hours ago
Report: Pandemic's U.S. economic hit could last 11 years, cost $8 trillion
June 1 (UPI) -- The coronavirus pandemic will affect the economic health of the United States for the next decade, with a $7.9 trillion hit on the country's gross domestic product over the next 11 years, a federal agency said Monday. 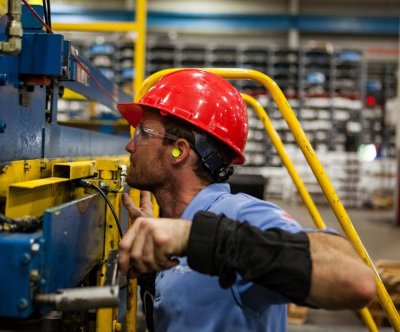