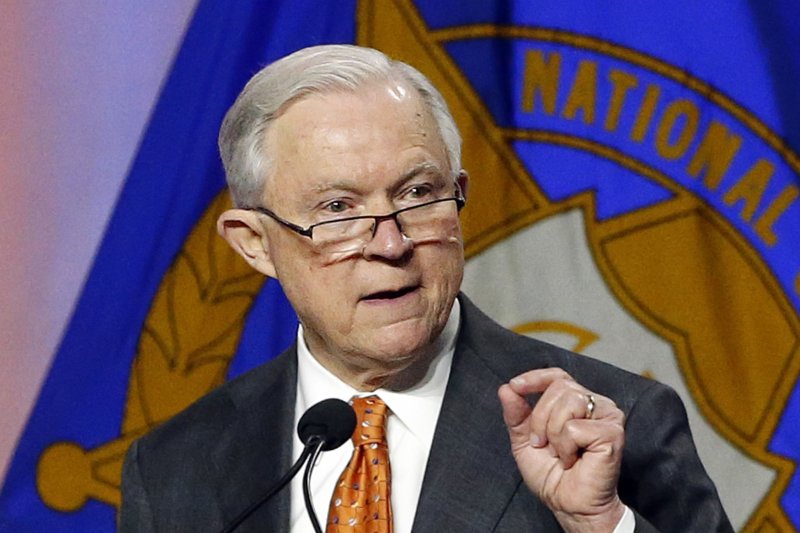 In the letter, Sessions said he was departing as head of the Justice Department at the president's request.

"Since the day I was honored to be sworn in as attorney general of the United States, I came to work at the Department of Justice every day determined to do my duty and serve my country," Sessions wrote. "I have done so to the best of my ability, working to support the fundamental legal processes that are the foundation of justice."

"We thank Attorney General Jeff Sessions for his service, and wish him well!" Trump said in a tweet. "A permanent replacement will be nominated at a later date."

The two butted heads when shortly after, Sessions recused himself from overseeing the Russia investigation of special counsel Robert Mueller. His recusal came after it was revealed he didn't disclose a meeting with former Russian Ambassador Sergey Kislyak during his confirmation hearings.

Trump said he never would've nominated Sessions to be attorney general if he knew he would recuse himself. The president repeatedly took shots at Sessions over the probe during rallies, interviews and on Twitter.

"The Russian Witch Hunt Hoax continues, all because Jeff Sessions didn't tell me he was going to recuse himself...I would have quickly picked someone else. So much time and money wasted, so many lives ruined...and Sessions knew better than most that there was No Collusion!" he wrote on Twitter in June.

Before serving on Trump's Cabinet, Sessions was a Republican senator representing Alabama from 1997 to 2017. He served as Alabama's attorney general from 1995 to 1997.

"I am particularly grateful to the fabulous men and women in law enforcement all over this country with whom I have served," Sessions' letter to Trump said. "I have had no greater honor than to serve alongside them. As I have said many times, they have my thanks and I will always have their backs."

U.S. News // 14 hours ago
Civil rights attorney Bruce Boynton dead at 83
Nov. 27 (UPI) -- Bruce Boynton, a civil rights activist and attorney who helped inspire the historic Freedom Rides of 1961, has died. He was 83.

U.S. News // 17 hours ago
Pope Francis to appoint Wilton Gregory as first Black cardinal
Nov. 27 (UPI) -- Archbishop Wilton Gregory will be the first Black American to hold the rank of cardinal in the Roman Catholic Church on Saturday, when he officially becomes a member of the College of Cardinals.

U.S. News // 17 hours ago
S&P 500, Nasdaq close with record highs as investors bet on online shopping
Nov. 27 (UPI) -- The S&P 500 and the Nasdaq Composite both closed with record highs Friday, wrapping a strong week for markets at the start of the holiday shopping season.