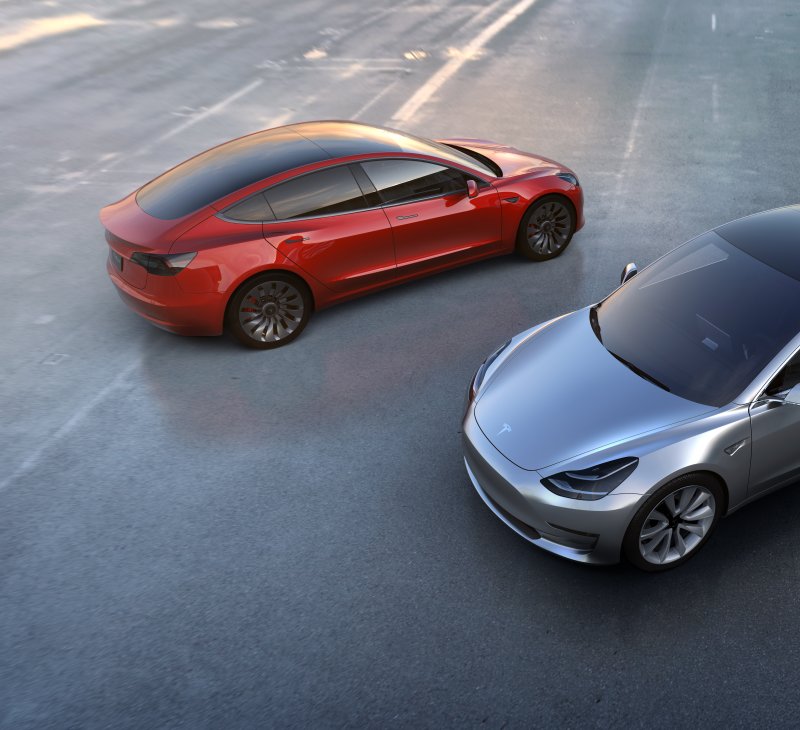 A cheaper Tesla Model 3 will be hitting the streets next year. Photo by Tesla Motors/EPA

Oct. 19 (UPI) -- Tesla CEO Elon Musk got closer to his promise of a mainstream, $35,000 electric vehicle this week with the announcement that they will start building mid-range Model 3s.

The car could be delivered in four to six months, he said.

Current Model 3s are high-end versions with dual motors, larger battery capacity and a top speed of 155 mph. It remains to be seen when the low-end Model 3s will be delivered.

Tesla shares were down Friday morning following the news.

"For us, the release of a middle ground Model 3 seems a logical step," a team of Evercore ISI analysts said Friday. "However, for the stock, we don't believe this new model will change the entrenched positions of most Tesla followers."

Tesla also announced a new battery cell will be used in Model 3s that has fewer cells.

Musk stepped down as Tesla's chairman last month as part of a settlement with the Securities and Exchange Commission over a tweet in which he said he would take Tesla private if the stock price reached $420.

Also as part of the settlement, Tesla has enhanced controls for Musk's communications that contain material related to the company and its stockholders.

Overall, the stock has fallen 30 percent since Musk's Aug. 7 tweet about taking the company public.

U.S. News // 19 hours ago
Arizona secures supplier for death penalty drug
March 6 (UPI) -- Arizona announced this week it's found a supplier of pentobarbital, a sedative used in lethal injections, and is prepared to resume executions after a nearly seven-year hiatus.

U.S. News // 15 hours ago
Judge rules recent ERA ratifications came too late to count
March 6 (UPI) -- A federal district judge ruled Friday that the deadline to ratify the Equal Rights Amendment "expired long ago" and that that three states' recent ratifications of the amendment do not count.

U.S. News // 22 hours ago
Judge rules Harvard owns slave images, not descendants
March 6 (UPI) -- A Massachusetts judge ruled this week that a series of slave images belong to Harvard University, but the ancestor of the subjects who were forced to strip to the waist for the photos plans to appeal.

U.S. News // 1 day ago
Major warmup on the way for millions across the central, eastern U.S.
After multiple one-day teases of springlike warmth amidst an overall chilly end to meteorological winter, good news is in store for many fans of warm weather across the central and eastern United States.