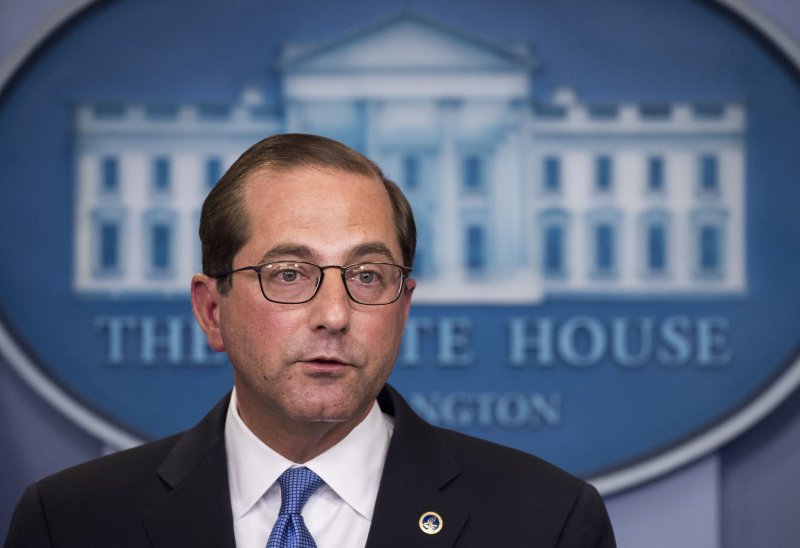 Azar announced insurers proposed to lower premiums for benchmark or "silver" ACA health insurance plans by 2 percent nationally and that the number of federal exchange insurers will grow for the first time since 2015.

He credited President Donald Trump for the improvements in the insurance marketplace under the system also often referred to as Obamacare after former President Barrack Obama.

"It turns out, when you have a president who's willing to take decisive action, who understands business, who's willing to work with the private sector, you can find a way to help American patients, even within a failed system like the ACA," Azar said. "The president who is supposedly trying to sabotage the Affordable Care Act has proven better at managing it than the president who wrote the law."

"ACA premiums are stable for 2019 because they went up so much this year due to an uncertain environment and regulatory actions by the Trump administration," he wrote on Twitter. "Premiums would be going down a lot if not for repeal of the individual mandate penalty and expansion of short-term plans."

"The simple fact is that Trump and Azar's policies will kick people off their health insurance, allow insurance companies to sell junk insurance policies that discriminate against people with pre-existing conditions, charge women and older people higher premiums and kick people off when they get sick," Dach said. "What's worse, the GOP relentless war on healthcare has raised healthcare costs for millions while giving billions in tax breaks to drug and insurance companies."

U.S. News // 31 minutes ago
Prosecutors: Accused Capitol rioter eluded police and went to D.C. for inauguration
Jan. 22 (UPI) -- A Florida man accused of participating in the attack on the U.S. Capitol this month was arrested after officials say he avoided police and traveled to Washington, D.C., on the day President Joe Biden was inaugurated.

U.S. News // 9 hours ago
House to transmit article of Trump impeachment to Senate on Monday
Jan. 22 (UPI) -- The House will deliver an article of impeachment against former President Donald Trump to the Senate for trial on Monday, Democratic leader Charles Schumer said Friday.

U.S. News // 3 hours ago
Biden to sign orders for $15 minimum wage, aid for low-income families
Jan. 22 (UPI) -- On his second full day in the White House, President Joe Biden plans to sign two executive orders on Friday that direct his administration to provide economic help to millions of Americans. 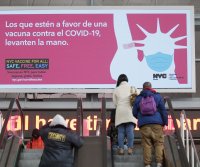 U.S. News // 9 hours ago
UPI News Quiz: Inauguration Day, exploring Mars, 'Bridgerton'
Inauguration Day in America, Mars exploration and what's next on "Bridgerton" -- how well did you follow the news this week? Take the UPI News Quiz for Jan. 22, 2021.

U.S. News // 13 hours ago
Pentagon approves trial of 3 men for Indonesia bombings
Jan. 21 (UPI) -- The Pentagon announced it is moving ahead with plans to try three men held for years at the U.S. military base in Guantanamo Bay, Cuba, accused of being behind two deadly bombings in Indonesia in the early 2000s.