Helen Thornton (L) and Marge Brown were in a committed relationship from 1979 until Brown's death in 2006. File Photo courtesy of Lambda Legal

Sept. 25 (UPI) -- A Washington woman whose lesbian partner died before same-sex marriage was legal in her state filed a lawsuit against the Social Security Administration on Tuesday for denying her benefits she would have been entitled to if they had been allowed to marry.

According to the lawsuit, Helen Thornton and Marge Brown were in a committed relationship from 1979 until 2006, when Brown died of cancer at age 50. The two women also have a son whom they raised since birth.

Despite being together for 27 years and raising a son together, the SSA denied Thornton survivor's benefits on the grounds that they were not married before Brown died in 2006. However, the state of Washington didn't allow same-sex marriage until 2012.

By withholding benefits, the lawsuit says, the federal government is discriminating against Thornton because of her sexual orientation.

"Like other committed couples, we built a life together, formed a family, and cared for each other in sickness and in health," Thornton said in a statement. "Although we wanted to express our love for each other through marriage, discriminatory laws barred us from doing so before Margie's death.

"Now, in my retirement years, I'm barred from receiving the same benefits as other widows, even though Margie and I both worked hard and paid into the social security system with every paycheck. The Social Security Administration refuses to recognize our relationship and treats us as if we were legal strangers."

Attorney Peter Renn of Lambda Legal, the LGBTQ organization representing Thornton in the lawsuit, described the SSA's denial of survivor's benefits "like pouring salt in a wound."

"Same-sex couples who weren't able to marry faced discrimination throughout their lives, and now the surviving partner faces it all over again, after their loved one has died," Renn said.

The SSA has not yet commented on the lawsuit. 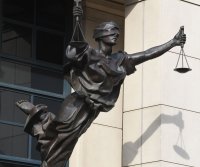 U.S. News // 21 hours ago
As many as 99 missing, 1 killed in Miami-area condo collapse
June 24 (UPI) -- At least one person was killed and as many as 99 were missing Thursday after about half of the units in a high-rise oceanfront condominium building near Miami Beach collapsed overnight. 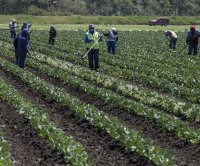 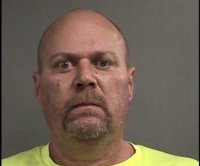