3 homeless beaten to death in Los Angeles this week 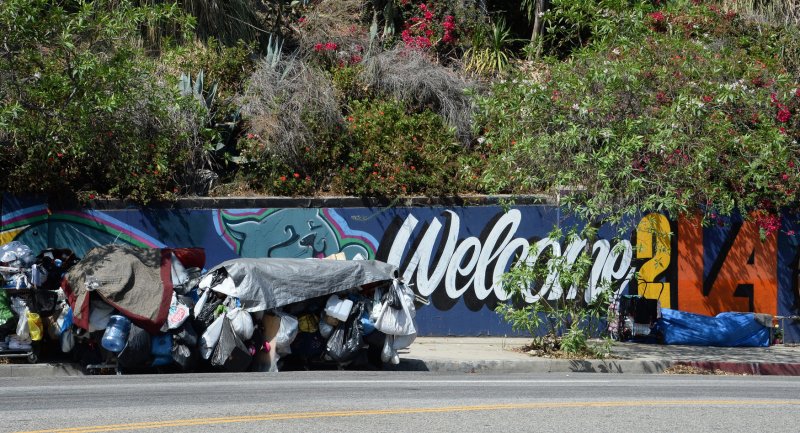 A homeless encampment on Sunset Boulevard in the Silver Lake section of Los Angeles on August 23, 2015. File Photo by Jim Ruymen/UPI | License Photo

Sept. 21 (UPI) -- Three homeless men were beaten to death in Los Angeles this week and police are investigating whether the deaths are connected.

Police said the latest victim was found dead from blunt force trauma to the head underneath the Santa Monica bridge Thursday morning. Sunday, the Los Angeles Police Department said three other homeless men in downtown Los Angeles were bludgeoned with a baseball bat.

Two of the three died Thursday and the third is in critical condition.

While the three downtown attacks appear connected, based on surveillance footage, police are still investigating whether there's a link to the Santa Monica case.

All the victims appear to have died from the same injuries and each slept on the ground when they were assaulted.

The suspect in the downtown beatings is a white or Latino man in his 30s or 40s with medium height and build with dark hair, the Los Angeles Times reported. He also walks with a "distinctive gait," possibly from being bowlegged.

Over the past year, there have been at least two people arrested for killing the homeless.