The "tent city" along the U.S.-Mexico border at the Tornillo Port of Entry in Texas houses 1,200 unaccompanied migrant children. It will soon expand to house 3,800 children. File Photo by Larry W. Smith/EPA-EFE

EL PASO, Texas, Sept. 20 (UPI) -- The U.S. Health and Human Services Department will spend $360 million to expand the "tent city" for unaccompanied migrant children in Tornillo, Texas, by the end of the year.

HHS published the spending supplement Tuesday in the Federal Register, a daily publication of official announcements. The move funds the expansion of the facility to 3,800 beds from its current population of 1,200.

Tornillo, which opened on June 13, is a "temporary emergency influx shelter," according to HHS. On Aug. 22, the agency announced it would pay San Antonio-based contractor Baptist Child Facility Services $28 million through Sept. 13 "to provide shelter for potential increases in apprehensions of unaccompanied children at the U.S. southern border."

A month later, the new announcement means BCFS will now receive $360 million through Dec. 31 for the facility located 35 miles from El Paso on federal property at the Tornillo international port of entry.

Tornillo is a product of an exponential rise of detained migrant children. Last week the New York Times reported that 12,800 children are in custody -- up from 2,400 in May 2017, according to statistics collected by HHS and given to members of Congress.

The increase is partly attributed to enhanced background checks the government says it requires to release children to sponsors in the United States. New rules require a sponsor to submit fingerprints of all people living in the household.

At a town hall in El Paso on Monday, U.S. Rep. Beto O'Rourke denounced the enhanced background checks, which make it more difficult for undocumented families to claim minor relatives from government custody. In June, O'Rourke led a packed protest rally against the Tornillo facility at the height of the Trump administration's practice of separating families as part of its zero tolerance approach to unlawful border crossers.

Local teachers are trying to get the detained children into the local schools.

RELATED Texas Rep. Beto O'Rourke on migrant separations: 'This cannot be us'

"If they went to public school, it would cost less money," Valencia said. "And we don't even know if the unaccompanied children are learning anything. Officials say they are, but we don't know. They won't let anybody in. Instead of paying all this money, they could be going to public school. Ysleta ISD has an open-door policy, where students can come from anywhere. There is no reason why those children cannot be educated in El Paso," Valencia said.

Much of the Tornillo's detention facility's operations are kept from the public eye.

"Everybody who works at that facility has to sign a confidentiality clause," said Georgina Perez, a member of the state board of education who lives in Tornillo. "Even if I thought somebody worked there, and asked them, they wouldn't be able to tell me. I've lived in Tornillo for three years and I don't know anybody who works there."

Staff and contractors at the facility must sign confidentiality agreements to protect the privacy of the children.

That includes Diocesan Migrant and Refugee Services, a non-profit organization based in El Paso that provides immigration lawyers and advice to migrants. DMRS has the sole contract for legal services to Tornillo's unaccompanied migrant children. They declined to comment on the facility, citing the confidentiality agreement.

Perez notes that the facility's budget is 30 times greater than the Tornillo ISD's budget of $12 million for this school year. Most of Tornillo's students receive free or reduced lunch, indicating the extent of the town's poverty. Half of Tornillo's residents do not have a high school diploma, according to data compiled by the Rural Schools Education Program and Scholarship foundation.

"Tornillo is a little town that doesn't have sidewalks, doesn't have streetlights, doesn't have access to WiFi. There's no infrastructure for broadband. During monsoon season, children can't go to school because buses can't drive on dirt roads and they can't walk because they lose their shoes in the mud. But there's millions of dollars per month for this," Perez said of the tent city. "We don't have natural gas. We don't have sewage. There is no stormwater drainage.

"Tornillo doesn't even have 1,600 people. There's only one gas station and a post office. It's mainly farmland."

The facility is already so big it's clearly visible from the bleachers at the Tornillo Independent School District's football field, about four miles away.

"It's depressing and it's really sad to know that you are at the field and you can see the tents where the kids are held," said Perez's daughter, Sofia Perez, a high school senior and captain of the cheerleading squad.

"You can see the fences and the barbed wire on them," Perez says. "Normally it's just desert out here. So when students at the game saw the lights they didn't know what it was. It's grown so big. You can now see it at night from a distance. It's very bright. It has stadium lights."

U.S. News // 9 minutes ago
Twitter widens ban against 'dehumanizing' hateful conduct
Dec. 3 (UPI) -- Twitter has expanded its policy against hate speech to cover language that "dehumanizes people" based on race and nationality -- the latest step to interdict what social platforms see as a rising problem on and offline. 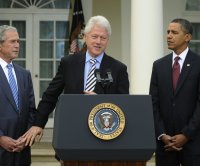 U.S. News // 50 minutes ago
Clinton, Bush, Obama volunteer to publicly receive COVID-19 vaccine
Dec. 3 (UPI) -- Hoping to assuage fears that a coronavirus vaccine might be unsafe, three former U.S. presidents say they have volunteered to be publicly inoculated in a coordinated effort to demonstrate that it's safe. 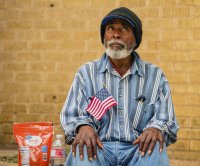 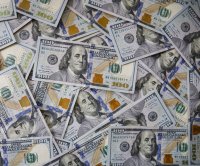