Sept. 17 (UPI) -- Americans' concern about the state of the U.S. economy is at its lowest level on record, according to a new survey that's been tracking the issue for decades.

Gallup research this month found just 12 percent of Americans said an issue related to the economy is the most important problem facing the country. In August, the figure was 17 percent.

Economic concerns in Gallup's survey have been on a steady decline since 2012. September's mark is the lowest since Gallup began asking the question in 1991. The previous low was 13 percent in 1999.

Gallup polled more than 1,000 people for the survey last week, and said its margin of error is 4 points.

The poll came as economic fears loom around the aftermath of Hurricane Florence, which has flooded homes, knocked out power and killed at least 18 people in the Carolinas since Friday. Although the storm could be the costliest in U.S. history, economists don't expect Florence to have a long-term effect economically.

So far this year, layoffs have fallen to a 49-year low, consumer sentiment has reached a 14-year high and U.S. factories are ramping up production. Incomes are rising while business investments and the stock market are up.

The gross domestic product could grow 3 or 4 percent this spring, according to economists polled by Market Watch.

"Consumers are finally a confident bunch," said Scott Anderson, a chief economist with Bank of the West.

Experts say the greatest economic risks now are the Trump administration's tariffs on imports and a potential breakdown in talks with major partners, like China. That's especially true for soybean farmers in Iowa, auto workers in Michigan or milk producers in New York, analysts say.

Monday, Trump touted the strong economy and the success of tariffs, saying his fiscal penalties have put the United States in a strong bargaining position and haven't produced a noticeable affect on the price of goods.

"If countries will not make fair deals with us, they will be 'Tariffed!'" Trump said in a tweet. 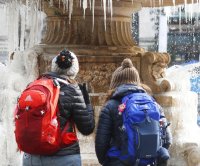 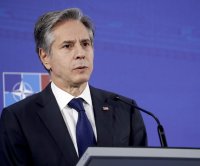 U.S. News // 16 hours ago
De Armas fans sue Universal over absence from 'Yesterday'
Jan. 23 (UPI) -- Fans of Ana de Armas have filed a lawsuit against Universal Pictures alleging they were tricked into renting "Yesterday" because the actress appeared in the trailer despite her absence from the film.

U.S. News // 18 hours ago
Multiple clipper-type storms to blanket Midwest to Northeast
As waves of cold air continue to bring bone-chilling conditions into north-central and northeastern United States, one or more storms from Canada will bring the chance for snow to over 50 million people on East Coast. 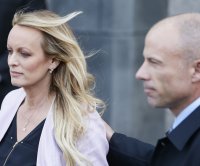 U.S. News // 20 hours ago
Michael Avenatti seeks COVID-19 related delay for alleged Stormy Daniels theft trial
Jan. 23 (UPI) -- Michael Avenatti, the disgraced attorney who represented Stormy Daniels in her 2018 lawsuit against Donald Trump, has sought a two-week delay to the trial over whether he cheated her out of her $300,000 book advance.
Advertisement