Kevin Downing, attorney for former Trump campaign chairman Paul Manafort, leaves the court house followed by a protester after Manafort plead guilty as part of a plea deal in his fraud trail, outside of the District Court in Washington, D.C. on Friday. Photo by Kevin Dietsch/UPI | License Photo

Kevin Downing, attorney for former Trump campaign chairman Paul Manafort, delivering a short statement after Manafort plead guilty as part of a plea deal in his fraud trail, outside of the District Court in Washington, D.C. on Friday. Photo by Kevin Dietsch/UPI | License Photo

His trial, brought by special counsel Robert Mueller, was scheduled to begin with jury selection in Washington, D.C., Monday. The plea deal means he will not stand trial.

Prosecutors indicated Manafort will work with Mueller's team, which is examining potential collusion between the Trump campaign and the Russian government before the 2016 presidential election.

If he cooperates, Mueller could be a significant witness for prosecutors in the case.

"This had absolutely nothing to do with the President or his victorious 2016 Presidential campaign," she said. "It is totally unrelated."

Prosecutors reduced the set of charges against Manafort on Friday from seven to two. He is now accused of conspiracy against the United States and conspiracy to obstruct justice. The charges accuse him of a conspiracy involving money laundering, tax fraud, failure to report foreign bank accounts, violating rules requiring registration of foreign agents, lying and witness tampering while performing consulting work with a Ukrainian political party.

Friday's new charging document appears to resolve the trial in Washington, as well as a separate prosecution in Virginia that ended with Manafort's conviction last month. A jury found him guilty on eight counts of submitting false tax returns, failure to report foreign bank and financial accounts and bank fraud.

Manafort has not yet been sentenced in the Virginia case.

Friday's charging document replaces the prior indictment and calls for Manafort's forfeiture of real estate, money in four bank accounts and a life insurance policy.

It's not yet clear if Manafort, who has been jailed since June, will face prison time. 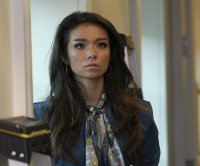 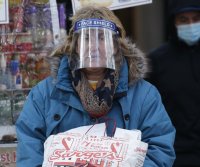