By Susan McFarland and Daniel Uria 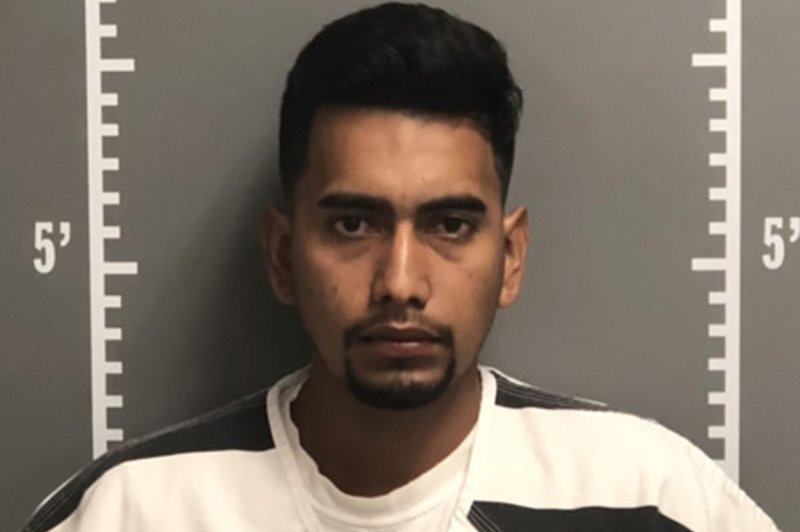 Aug. 22 (UPI) -- The lawyer for a man accused of killing Iowa college student Mollie Tibbetts said Tuesday that his client was living in the United States legally, but the man's employer said he used false identification to get his job.

Attorney Allan M. Richards said 24-year-old Cristhian Bahena Rivera came to the United States at the age of 17 with the equivalent of a middle-school education and "complied with his documented status since arriving in the U.S.A," as he worked at an Iowa dairy farm, The New York Times reported.

Rivera was arrested and charged with one count of first-degree murder for Tibbett's death. Authorities said the 20-year-old University of Iowa student, who disappeared July 18 after going for an evening jog, was killed and dumped in a corn field.

During a Tuesday news conference, Iowa Division of Criminal Investigation Assistant Director Mitch Mortvedt said the agency based its classification of Rivera as an illegal immigrant on information from the Department of Homeland Security.

"We worked with Homeland Security Investigations and they have him as an illegal alien," Mortvedt said. "DCI doesn't work immigration stuff so anytime this stuff comes up we defer to them."

Neudauer noted the agency placed an immigration detainer on Rivera after his arrest, which required him to be turned over to federal immigration authorities after pending criminal proceedings in Iowa.

Rivera's employer at Yarrabee Farms initially said it had no indication he was in the country illegally because he passed a government background check. The dairy farm said it considered Rivera an "employee in good standing."

"This individual has worked at our farms for four years, was vetted through the government's E-Verify system, and was an employee in good standing," Yarrabee Farms said in a statement. "On Monday, the authorities visited our farm and talked to our employees. We have cooperated fully with their investigation."

But on Wednesday, co-owner Dane Lang said Rivera submitted a false state identification and Social Security card. Both passed the Social Security Administration's verification system, but did not belong to Rivera.

Richards said statements made by law enforcement officials, President Donald Trump and other lawmakers which labeled Rivera as an undocumented immigrant could prejudice future jurors against him.

"For sad and sorry Trump to say that they're illegal without even giving them a hearing is totally wrong," Richards said.

"You heard about today, with the illegal alien coming in from, very sadly, from Mexico," Trump said. "And you saw what happened to that incredible, beautiful young woman. ... The laws are so bad. The immigration laws are a such a disgrace."

"The loss of Mollie Tibbetts is a devastating reminder that we must urgently fix our broken immigration laws," a White House tweet said Tuesday.

"As Iowans, we are heartbroken, and we are angry. We are angry that a broken immigration system allowed a predator like this to live in our community, and we will do all we can bring justice to Mollie's killer," Reynolds said in a statement.

U.S. News // 1 hour ago
2 U.S. veterans captured by Russia in Ukraine return home
Sept. 26 (UPI) -- Two U.S. military veterans who were captured by Russian forces while fighting alongside Ukraine have returned home, according to a statement from one of their families.

U.S. News // 14 hours ago
East Coast on alert for Tropical Storm Ian's impacts
AccuWeather meteorologists warn that the tropical system they have been tracking for nearly a week will not only threaten to cause damage in Florida, but it could also bring widespread impacts to the East Coast.

U.S. News // 19 hours ago
Latest hurricane danger could plot an 'unusual track' toward Florida
AccuWeather meteorologists are warning Tropical Storm Ian in the Caribbean could potentially strike the west coast of Florida -- an often missed target.

Tropical Storm Ian strengthening as it bears down on western Cuba

Typhoon Noru bears down on Philippines