Gallup said Wednesday a new survey shows 53 percent of Americans approve of the way the U.S. Supreme Court is handling its duties -- the highest level in nearly a decade. File Photo by Kevin Dietsch/UPI | License Photo

July 18 (UPI) -- Fifty-three percent of Americans approve of the way the highest court in the United States is dispensing its duties, a new survey showed Wednesday.

The positive rating is the highest for the U.S. Supreme Court in nine years and an increase from September's rating of 49 percent. The previous high was near 60 percent in 2009.

The poll was taken after several controversial court rulings at the end of the 2017-2018 term, and after President Donald Trump nominated Judge Brett Kavanaugh to replace retiring Justice Anthony Kennedy.

Gallup found the respondents' opinions about the high court are influenced by political ideology -- with 72 percent of Republicans, 38 percent of Democrats and 52 percent of self-identified independents voicing approval of the current court.

Overall, 41 percent said they disapprove of the Supreme Court's performance.

Each of the last four presidents has placed two new justices on the bench, and Gallup said approval trends seem to be influenced by which party is in the White House.

In the first Gallup poll on the issue in 2000, 62 percent approved -- which remains the all-time high. The figure fell to a low of 42 percent in 2005, after a controversial decision to expand government powers to seize land by eminent domain. It rose to 48 percent in 2008 at a time of widespread public disapproval of government. Since 2011, the approval rating ranged between 41 and 49 percent, until Wednesday.

The survey asked more than 1,000 adults nationwide and has a margin of error of 4 points. 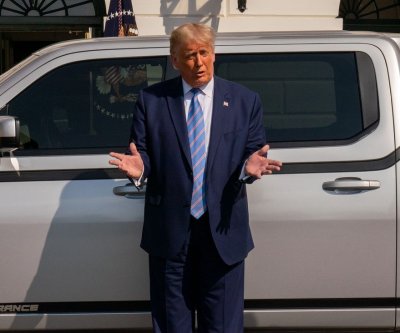 U.S. News // 25 minutes ago
Democrats call on Facebook to do more to stop election interference
Sept. 28 (UPI) -- Two Democratic lawmakers on Monday demanded that Facebook do more to counter its use by right-wing militia and White supremacist groups to organize voter suppression efforts and spread misinformation.

U.S. News // 50 minutes ago
Texas declares disaster after boy killed by brain-eating amoeba
Sept. 28 (UPI) -- Texas Gov. Greg Abbott has declared Brazoria County, near Houston, as a disaster zone due to the emergence of a brain-eating amoeba in the water supply for Lake Jackson.

U.S. News // 1 hour ago
Amazon schedules delayed Prime Day for Oct. 13-14
Sept. 28 (UPI) -- Amazon announced Monday when it will hold its annual Prime Day, after it was put off this summer by the COVID-19 pandemic.

U.S. News // 3 hours ago
Apple, Epic Games head into court with app store fight
Sept. 28 (UPI) -- Apple and Epic Games head to court in California Monday to begin a legal battle that experts say could lead to a landmark decision reshaping the relationships between app stores and developers.

U.S. News // 9 hours ago
'Nasty woman': A look at memorable presidential debate moments
Sept. 28 (UPI) -- President Donald Trump and Democratic presidential nominee Joe Biden are set to meet for their first debate Tuesday, picking up a tradition that has produced a number of memorable moments over the last 60 years.