By Ed Adamczyk and Daniel Uria

Answering questions at a joint press conference, Trump said, "He just said it's not Russia. I will say this: I don't see any reason why it would be."

He also said the U.S. investigation into Russian involvement has been a "disaster" that's kept the United States and Russia "separated."

The entire U.S. intelligence community determined months ago that Moscow attempted to interfere.

"I have great confidence in my intelligence people, but I will tell you that President Putin was extremely strong and powerful in his denial today," Trump said.

Despite a Department of Justice indictment of 12 Russian intelligence officers last week, Trump did not condemn any alleged Russian action during the press briefing. Instead, he called on both countries to jointly conduct investigations before he targeted the emails of presidential candidate Hillary Clinton and the servers of the Democratic National Committee.

Senate Democratic leader Chuck Schumer of New York said Americans had "never seen a president of the United States support an American adversary the way" than the way Trump did at the conference.

"For the president of the United States to side with President Putin against American law enforcement, American defense officials, and American intelligence agencies is thoughtless, dangerous, and weak. The president is putting himself over our country," Schumer wrote on Twitter. "Starting with the president's trip to NATO and ending with his shameful performance at today's press conference, [Trump] has strengthened our adversaries while weakening our defenses and those of our allies."

House Democratic leader Nancy Pelosi of California was similarly disdainful, saying Trump "had the opportunity to stand up to Putin.

"Today, less than 72 hours after DOJ indicted 12 additional Russian officials for attacking the 2016 elections, he blames... both countries," she wrote.

Senate Republican leader Mitch McConnell of Kentucky also condemned the decision to side with Russia over U.S. intelligence agencies.

"The Russians are not our friends. I've said that repeatedly, I say it again today. And I have complete confidence in our intelligence community and the findings that they have announced," McConnell told The New York Times.

RELATED Trump at Putin summit: 'I don't see any reason why' Russia would interfere

House Speaker Paul Ryan, R-Wis., added there is "no question" Russia interfered in the election, citing findings by the American intelligence community but also the House Committee on Intelligence.

"The president must appreciate that Russia is not our ally," Ryan said. "There is no moral equivalence between the United States and Russia, which remains hostile to our most basic values and ideals. The United States must be focused on holding Russia accountable and putting an end to its vile attacks on democracy."

Trump also was swiftly criticized by Sen. Jeff Flake, R-Ariz., who despite his GOP credentials has been a sharp Trump critic.

"I never thought I would see the day when our American President would stand on the stage with the Russian President and place blame on the United States for Russian aggression. This is shameful," Flake tweeted.

"This is bizarre and flat-out wrong," he said. "The United States is not to blame. America wants a good relationship with the Russian people but Vladimir Putin and his thugs are responsible for Soviet-style aggression.

"When the President plays these moral equivalence games, he gives Putin a propaganda win he desperately needs."

"Donald Trump's press conference performance in Helsinki rises to & exceeds the threshold of 'high crimes & misdemeanors.' It was nothing short of treasonous," he said. "Not only were Trump's comments imbecilic, he is wholly in the pocket of Putin. Republican Patriots: Where are you???"

"Missed opportunity by President Trump to firmly hold Russia accountable for 2016 meddling and deliver a strong warning regarding future elections," he said. "This answer by President Trump will be seen by Russia as a sign of weakness and create far more problems than it solves."

"Trump takes to the international stage to embarrass America, undermine our institutions, weaken our alliances, & embrace a dictator," she tweeted. "Russia interfered in our elections & attacked our democracy. Putin must be held accountable - not rewarded. Disgraceful."

U.S. News // 38 minutes ago
DHS says it will obey order to restart Trump's 'Remain in Mexico' policy -- for now
Dec. 2 (UPI) -- President Biden's administration says they will restart the controversial "Remain in Mexico" immigration policy next week -- which requires refugees to wait out their applications to enter the U.S. south of the border. 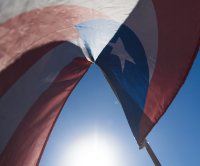 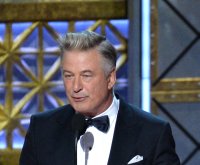 U.S. News // 2 hours ago
New unemployment claims rise in U.S. after record decline last week
Dec. 2 (UPI) -- A week after posting the lowest figure for unemployment filings in more than a half-century, the Labor Department said in its weekly report that there are a little more than 220,000 new jobless claims.

U.S. News // 4 hours ago
House leaders agree on bill to avoid gov't shutdown; vote expected soon
Dec. 2 (UPI) -- Congressional leaders in the House reached an agreement Thursday on a spending bill to keep the government operating until mid-February, and possibly avoid a federal shutdown that could begin Friday.

U.S. News // 6 hours ago
Biden to step up COVID-19 fight with testing for travelers, coverage for home tests
Dec. 2 (UPI) -- President Biden will announce a strategy Thursday to fight COVID-19 in the winter months -- a plan that includes rigid testing requirements for travelers entering the U.S. and insurers covering the cost of home tests.
Advertisement