Sen. Dianne Feinstein, D-Calif., talks with reporters before a meeting of Senate Democrats on January 22. The California Democratic Party refused Saturday to endorse Feinstein, a 25-year incumbent, in her Senate race this fall. File Photo by Erin Schaff/UPI | License Photo

July 15 (UPI) -- The California Democratic Party has voted not to endorse longtime incumbent Sen. Dianne Feinstein in her Senate race this fall, and instead overwhelmingly chose to back her primary challenger, former State Sen. Kevin de León.

Feinstein, who has served in her Senate seat since 1992, garnered only 7 percent of the vote from the 330-member executive board on Saturday, while de León won 65 percent.

The decisive victory for de León is seen as an indication California Democrats prefer that a more progressive representative replace Feinstein, 84, who has been criticized as being out of touch and too conservative.

"Earning the endorsement of so many leaders and activists of the California Democratic Party isn't just an honor and a privilege; today's vote is a clear-eyed rejection of politics as usual in Washington, D.C.," de León said in a statement. "Through years of hard-won progress, we have proven to the world that California can forge a path for the rest of the nation."

"I just think we need a younger, progressive person there," state Democratic committee member Lynne Standard-Nightengale told the Los Angeles Times. "The Democratic Party in California has moved to the left, and he personifies those values."

California has a top-two system and de León's 12 percent was enough to get second place and his name on the November ballot.

RELATED Gallup: Fewer than ever 'extremely proud' to be American

Feinstein has much more money in her campaign war chest than does de León. According to the Times, Feinstein had $7 million on hand in May, which was ten times the amount de León had. 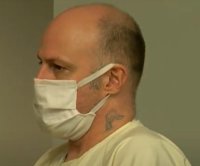