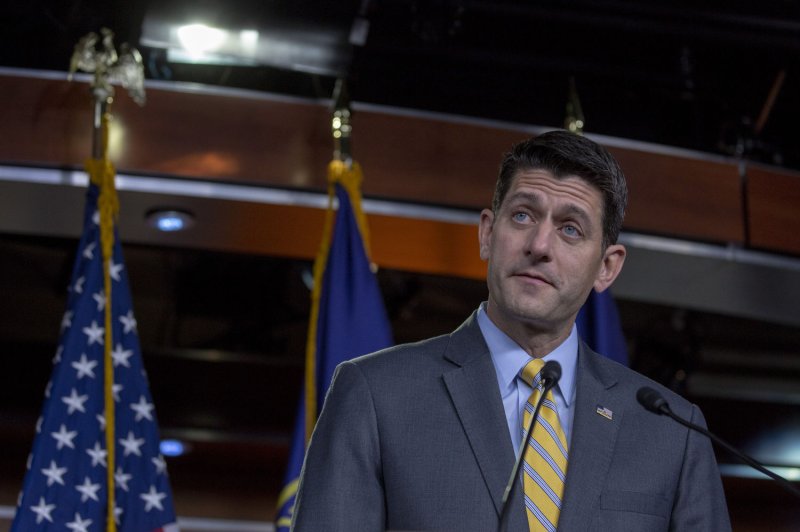 The chamber passed the legislation 213-211, with all Democrats and 20 Republicans voting against it. Republicans tried to pass the bill in May, but lost the support of Freedom Caucus members, who sought to spike the bill in order to force a roll call on immigration legislation.

The legislation cuts Supplemental Nutrition Program -- food stamp -- benefits by $9 billion over the next decade and strengthens the work requirements for those seeking the benefit. Independent estimates say nearly 4 percent of people who receive SNAP would lose the benefit under the legislation.

House Speaker Paul Ryan of Wisconsin welcomed the passage of the legislation.

"This bill includes critical reforms to nutrition benefits that close the skills gap, better equip our workforce and encourage people to move from welfare to work, so more Americans have the opportunity to tap into the economic prosperity we're seeing right now," he said.

"Now is not the time for a partisan GOP Farm Bill that weakens the farmer safety net, slashes rural development initiatives and loan guarantees, and adds new layers of bureaucracy to rural broadband grants," she said.

"After adding $2 trillion to the debt with the GOP tax scam for the rich, Republicans want to fill the hole by stealing food assistance from hungry families trying to make ends meet."

The Senate is expected to pass its own version of the farm bill, which has bipartisan support and imposes fewer restrictions on SNAP. The differing bills could set up a conflict when they go to conference between the two chambers.

The food stamp program was added to the bill in the 1970s to persuade urban legislators to vote for a farming safety net, which is renegotiated and voted on every five years.

U.S. News // 6 hours ago
Biden says he'll visit Uvalde, refers to shooting in U. of Delaware graduation speech
May 28 (UPI) -- President Joe Biden on Saturday remarked on the mass shooting at Robb Elementary School in Uvalde, Texas, and other violence during his commencement speech to graduating University of Delaware students.

U.S. News // 8 hours ago
Texas Dems release letter calling for special session after Uvalde shooting
May 28 (UPI) -- Texas Senate Democrats demanded in a letter on Saturday that the governor call a special session in wake of the mass shooting at Robb Elementary School in Uvalde, Texas, that killed 19 students and two teachers.

U.S. News // 9 hours ago
Calf Canyon Fire ignited from 'zombie fire'
The recently ranked largest fire in New Mexico history was found Friday to have been caused by a prescribed burn that had concluded in January before reigniting in April following at least three winter weather events.

U.S. News // 13 hours ago
The 'extreme profession' that hunts the most powerful storms on Earth
Hard-core scientists aboard specially equipped National Oceanic and Atmospheric Administration aircraft play an integral role in hurricane forecasting.

U.S. News // 1 day ago
Trump, Cruz and Abbott speak against gun control at NRA conference
May 27 (UPI) -- Former President Donald Trump and Sen. Ted Cruz spoke against gun control measures at a conference for the National Rifle Association held in Texas on Friday in the aftermath of the Uvalde elementary school shooting.

U.S. News // 1 day ago
Texas Gov. Abbott says he was 'misled' on police response to Uvalde shooting
May 27 (UPI) -- Texas Gov. Greg Abbott on Friday said he was "misled" about the police response to the Uvalde elementary school shooting days after praising the response of law enforcement.
Advertisement