By Sara Shayanian and Danielle Haynes
1/9 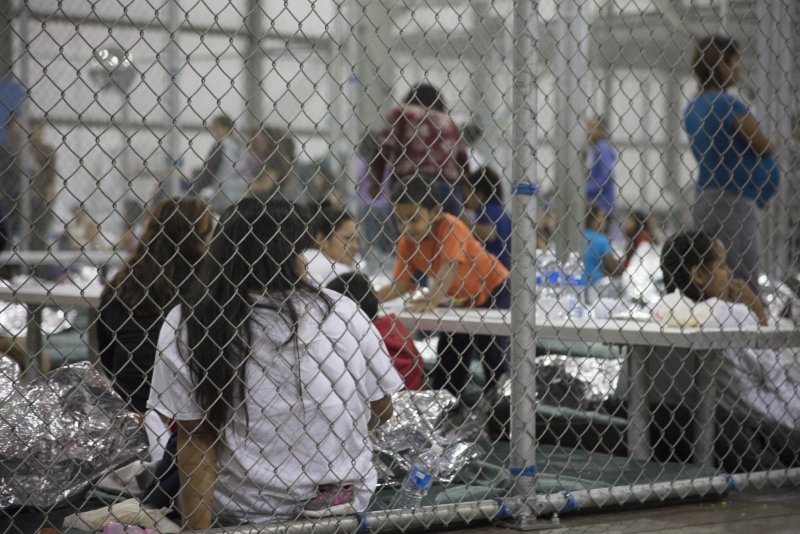 June 18 (UPI) -- Amid growing backlash over the separation of migrant children from their families at the Mexico border, the United Nations' chief human rights official on Monday asked the Trump administration to end the practice.

"I am deeply concerned by recently adopted policies which punish children for their parents' actions," Hussein said in a statement. "The thought that any state would seek to deter parents by inflicting such abuse on children is unconscionable."

"This is a spectacularly cruel policy, where frightened children are being ripped from their parent's arms and taken to overflowing detention centers, which are effectively cages," Erika Guevara-Rosas, Amnesty International's Americas director, said in a statement.

She said the U.S. policy aims to inflict "severe mental suffering" in order to deter others from trying to cross the border.

The Trump administration on Monday, though, deflected blame for the roundups and offered no apologies.

"As I have said many times before, if you are seeking asylum for your family, there is no reason to break the law and illegally cross between ports of entry," Homeland Security Secretary Kirstjen Nielsen tweeted.

Nielsen said her department tries to protect migrant children from gangs, traffickers, criminals and abusers -- and that those concerns sometimes warrant a separation.

"[We] will only separate if the child is in danger, there is no custodial relationship between 'family' members, or if the adult has broken a law," Nielsen added.

"We do not have a policy of separating families at the border, Period." 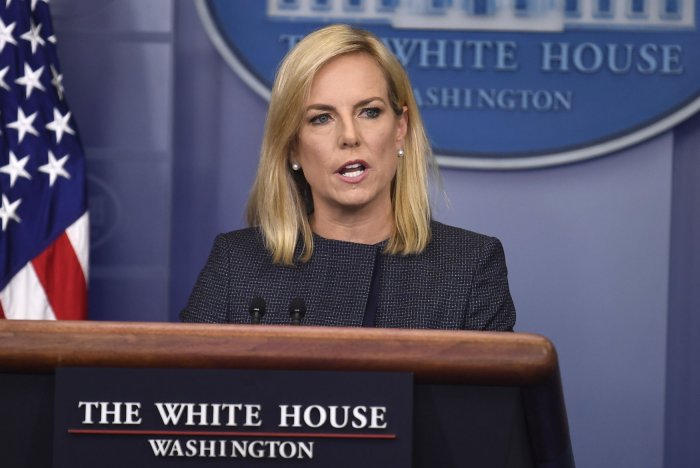 "When we ignore our laws at the border, we obviously encourage hundreds of thousands of people a year to likewise ignore our laws and illegally enter our country, creating an enormous burden on our law enforcement, our schools, our hospitals, and social programs," he told the National Sheriffs' Association Annual Conference in New Orleans.

"We do not want to separate parents from their children," he added. "If we build the wall, if we pass legislation to end the lawlessness, we won't face these terrible choices."

U.S. officials said last week they separated 2,000 children from their parents during immigration enforcement in April and May. Many are being held in facilities in McAllen, Texas.

The Trump administration also has moved toward building "tent cities" in the Southwest to house the detained families.

"Our government should not be in the business of warehousing children in converted box stores or making plans to place them in tent cities in the desert outside of El Paso," she wrote. "These images are eerily reminiscent of the Japanese American internment camps of World War II."

"In 2018, can we not as a nation find a kinder, more compassionate and more moral answer to this current crisis?"

The president has urged Democrats to work with Republicans to resolve the matter.

"Why don't the Democrats give us the votes to fix the world's worst immigration laws?" Trump tweeted Monday. "Where is the outcry for the killings and crime being caused by gangs and thugs, including MS-13, coming into our country illegally?"

Trump added that children are being used by "some of the worst criminals on earth" as means to enter the United States.

Bills addressing the issue is now being debated in Congress -- two in the House and at least one in the Senate.

House Republicans will vote this week on two proposals dealing with immigration -- a conservative and moderate version. CNN reported Monday both House bills address the separations.

A compromise bill would provide a path to legal status for recipients of Deferred Action for Childhood Arrivals and provide $25 billion in funding for Trump's promised border wall. It would not supersede the administration's effort to criminally prosecute parents, which places them in federal custody away from their children.

In the Senate, the Democratic Keep Families Together Act was unanimously approved by the Democratic caucus Monday, Sen. Dianne Feinstein of California said.

"I've heard countless Republicans say that they oppose children being taken from their parents," Feinstein said. "If that's true, they should support our bill NOW!"

Later Monday, Sen. Ted Cruz, R-Texas, said he intends to introduce a bill this week that would stop family separate and speed up the process of determining whether immigrants meet the requirements for asylum. Under his plan, expedited processing means that asylum claims will be reviewed and decided in 14 days.

U.S. News // 2 hours ago
Seven students, driver injured in New York school bus crash
Dec. 1 (UPI) -- A bus crash in Spring Valley, N.Y., has injured seven yeshiva students ad their driver. The crash occurred on a road that is often used as a shortcut by busses.