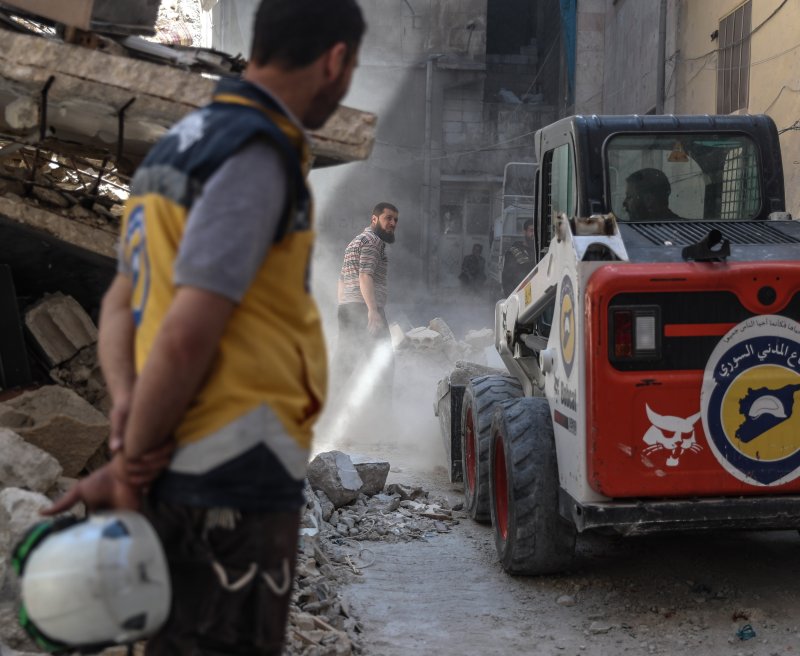 In addition to assisting the White Helmets in Syria, the $6.6 million released by the U.S. government Thursday will assist a U.N. group investigating and prosecuting crimes relating to the Syrian civil war. File Photo by Mohammed Badra/EPA-EFE

June 14 (UPI) -- The United States has reversed its decision to withhold funding from a Syrian aid group known as the White Helmets, authorizing the release of $6.6 million, the State Department announced Thursday.

The group, formally called the Syrian Civil Defense, is a volunteer group that provides emergency services in war-torn Syria -- often pulling people and bodies from underneath rubble after bombings, and offering medical care.

In March, President Donald Trump directed the State Department to freeze more than $200 million in aid to Syria to give the administration time to "re-evaluate appropriate assistance levels and how best they might be utilized."

The funds released Thursday also will benefit the United Nations' International, Impartial and Independent Mechanism, which investigates and prosecutes crimes in Syria since the start of the civil war in 2011.

"The United States government strongly supports the White Helmets who have saved more than 100,000 lives since the conflict began, including victims of [Syrian President Bashar al-Assad's] chemical weapons attacks," the State Department said. "These heroic first responders have one of the most dangerous jobs in the world and continue to be deliberately targeted by the Syrian regime and Russian airstrikes.‎ Since 2013, more than 230 of these brave volunteers have been killed while working to save innocent Syrian civilians."

A documentary about the Syrian Civil defense, The White Helmets, won an Oscar for Best Documentary Short in 2017.