June 7 (UPI) -- The White House started a hard-hitting anti-opioid advertising campaign Thursday that aims to speak to young people about the dangers of prescription narcotics.

The move is part an effort to rid the country of opioid abuse, something the Trump administration in October declared a public health epidemic.

"My administration is committed to fighting the drug epidemic and helping get treatment for those in need," President Donald Trump said in a statement about his first public service campaign.

The first set of advertisements shares stories of young Americans who, in pursuit of more opioids, go to extreme lengths to feed their addiction -- including self-inflicting injures.

One of the ads recreates the story of a girl from Columbus, Ohio, who purposely crashed her car into a dumpster so she could get more of the Vicodin she got hooked on after a knee surgery.

Another ad brings to life what happened to a young man from Dallas who tried Oxycontin at a party and thought he had it under control, but then smashes his hand with a hammer to break it so he could get a prescription.

A young man from Atlanta tried one of his mom's prescription drugs and later shuts his arm in a door to break it for a prescription.

The White House campaign was created in partnership with the Office of National Drug Control Policy, the Ad Council, and the Truth Initiative.

The Truth Initiative, an organization that helped curb cigarette smoking among young people during the last 20 years with "truth" ads, also has a website with more information.

In 2016, the opioid crisis took the lives of 116 Americans every day, numbers higher than those killed by vehicle crashes, gun violence or breast cancer. More than two-thirds of people being treated for opioid abuse say they first started using the drug before age 25, according to a White House statement.

Other efforts by the Trump administration to combat the crisis includes a new task force announced in February by the Justice Department to target drug manufacturers and distributors that have contributed to the problem, the third such team that Attorney General Jeff Sessions has created to tackle the epidemic.

In March, Trump unveiled a plan that increased funds for treatment and gives harsher sentences for drug traffickers. As part of the plan, he proposed using the death penalty against drug traffickers. 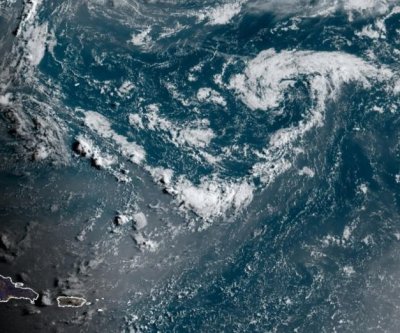 U.S. News // 8 minutes ago
Tropical Atlantic may take a breather, but for how long?
After Isaias, a lull in tropical activity lasting a week or so prior to the middle of August may be in the cards for an already record-setting season for the Atlantic basin.