May 31 (UPI) -- President Donald Trump on Thursday announced new duties on steel and aluminum imports from the European Union, Canada and Mexico.

The move comes after failed attempts to reach deals to address national security concerns related to foreign-made steel and aluminum.

The tariffs will start Friday.

Mexico responded it would levy penalties on a list of U.S. goods, and European Commission President Jean-Claude Juncker said the EU would do the same.

"Today is a bad day for world trade," European trade commissioner Cecilia Malmström said in a statement. "We did everything to avoid this outcome."

Malmström said she has spoken several times with U.S. Commerce Secretary Wilbur Ross and urged the United States to engage in a positive transatlantic trade agenda, and for the EU to be "fully, permanently and unconditionally exempted from these tariffs."

"Throughout these talks, the U.S. has sought to use the threat of trade restrictions as leverage to obtain concessions from the EU," Malmström said. "This is not the way we do business, and certainly not between longstanding partners, friends and allies"

Juncker said he's "concerned by this decision," which he called, "protectionism, pure and simple."

"We have continuously engaged with the U.S. at all possible levels to jointly address the problem of overcapacity in the steel sector," he added. "Overcapacity remains at the heart of the problem and the EU is not the source of but on the contrary equally hurt by it."

Juncker said the EU will not negotiate under threat.

"By targeting those who are not responsible for overcapacities, the U.S. is playing into the hands of those who are responsible for the problem," he said. "The U.S. now leaves us with no choice but to proceed with a WTO dispute settlement case and with the imposition of additional duties on a number of imports from the U.S."

"We are very concerned by the damage a tit-for-tat dispute would cause to the transatlantic economy and its impact on jobs, investment and security across the Atlantic," Danger said in a statement.

"The EU does not pose a national security threat to the U.S. and therefore should not be the target of such measures."

Thursday's action comes two days after the White House announced it would proceed with tariffs on Chinese imports.

U.S. News // 2 hours ago
Texas asks Supreme Court to leave abortion ban in place
Oct. 21 (UPI) -- Texas urged the Supreme Court on Thursday to reject the Justice Department's request to block the state's restrictive abortion law, stating the Biden administration has no standing to challenge it.

U.S. News // 19 hours ago
AG Garland: DOJ committed to prosecuting 'intolerable' Jan. 6 attack
Oct. 21 (UPI) -- Attorney General Merrick Garland was peppered with questions on a wide range of subjects in early questioning by Republicans and Democrats during his appearance in front of the House Judiciary Committee Thursday. 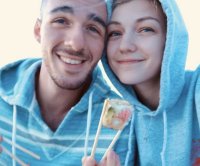