Swastikas spray-painted on 200 headstones in Illinois

May 28 (UPI) -- Police in southwestern Illinois arrested a man suspected of vandalizing cemetery headstones with swastikas.

"They also painted swastikas on our old office building and on two of our family estate mausoleums," Mark Johnson, grounds superintendent at the cemetery, told the Belleville News-Democrat.

The vandalism took place in a cemetery in Glen Carbon, Ill., a small town located 19 miles northeast of St. Louis.

"I think they probably knew what they were doing," he said of the perpetrator.

The Glen Carbon cemetery is the resting place of more than 1,500 veterans.

Police released surveillance footage of a suspect and later on Saturday officials announced the suspect's arrest.

Both professionals and volunteers spent Saturday and Sunday cleaning the paint off the headstones. The cleaning crews expected to finish their work in time for Monday's planned Memorial Day ceremony.

Police believe the 34-year-old man they took into custody on Saturday also may be responsible for a swastikas found spray-painted on the sides and garage doors of houses in a nearby subdivision. The Edwardsville Police Department did not release the suspect's name. 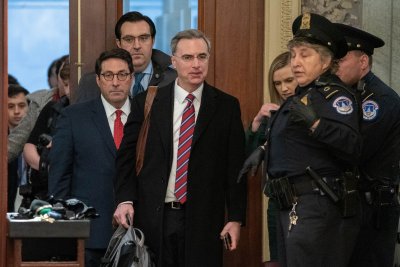 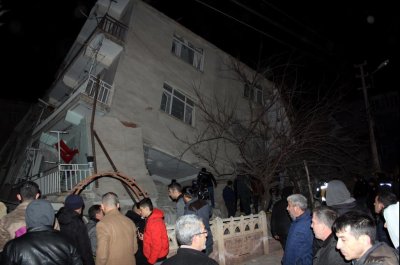