Astronaut Alan Bean, fourth man on the moon, dies at 86

Apollo and Skylab astronaut Alan Bean, the fourth man to walk on the moon and an accomplished artist, died Saturday at a hospital in Houston, Texas. He was 86. Photo courtesy NASA

May 26 (UPI) -- Apollo and Skylab astronaut Alan Bean, the fourth man to walk on the moon and an accomplished artist, died Saturday at a hospital in Houston, Texas.

Bean, 86, suddenly fell ill while traveling in Fort Wayne, Indiana a few weeks ago, according to a family statement released by NASA.

Leslie Bean, Alan Bean's wife of 40 years, said her husband was the strongest and kindest man she ever knew.

"He was the love of my life and I miss him dearly," Leslie Bean said. "A native Texan, Alan died peacefully in Houston surrounded by those who loved him."

Bean began his career as a test pilot in the U.S. Navy and in October 1963 became one of 14 trainees selected by NASA for its third group of astronauts.

He flew twice into space, first on Apollo 12 as the lunar module pilot, which was the second moon landing mission. On Nov. 19, 1969, Bean became the fourth human to walk on the moon.

His next space flight came in July 1973 as a commander of the second crewed flight to the United States' first space station, Skylab.

During two moonwalks Bean helped organize several experiments and installed the first nuclear-powered generator station on the moon to provide a power source. He and his commander Charles "Pete" Conrad collected 75 pounds of rocks and lunar soil for studies back on Earth.

After Apollo 12, Bean commanded Skylab's second crew on a record-setting 59 day, 24.4 million flight, generating 76,000 images of the Sun to help scientists understand its effects on the solar system.

Walt Cunningham, fellow astronaut who flew on Apollo 7, said the two have remained friends for 55 years.

"We have never lived more than a couple of miles apart, even after we left NASA. And for years, Alan and I never missed a month where we did not have a cheeseburger together at Miller's Café in Houston," Cunningham said.

After retiring from the Navy in 1975 and from NASA in 1981, Bean devoted his time to art, creating Apollo-themed paintings that featured canvases textured with lunar boot prints that incorporated acrylics embedded with small pieces of his moon dust-stained mission patches.

Astronaut Mike Massimino, who flew on two space shuttle missions to service the Hubble Space Telescope, said beside Bean's technical achievement as an astronaut and artistic achievement as a painter, he was truly extraordinary and cared deeply for others.

"Anyone who had the opportunity to know Alan was a better person for it, and we were better astronauts by following his example," Massimino said. "I am so grateful he was my mentor and friend, and I will miss him terribly. He was a great man and this is a great loss." 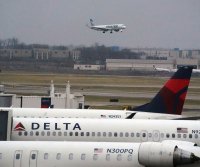