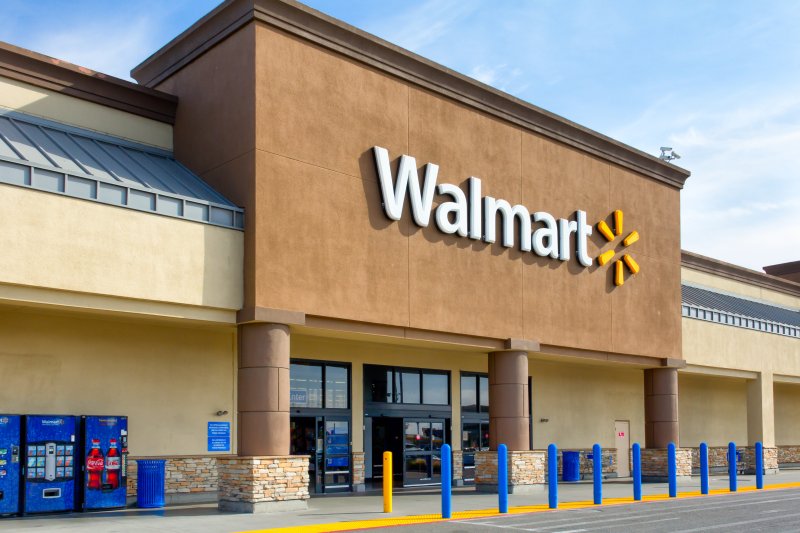 Walmart topped the Fortune 500 list released Monday for the sixth year in a row. Photo by Ken Wolter/Shutterstock

May 21 (UPI) -- Walmart topped the Fortune 500 list released on Monday and Amazon made the Top 10 for the first time.

The 64th annual Fortune 500 list ranks America's largest companies, representing two-thirds of the U.S. GDP with $12.8 trillion in revenue. The companies on the list employ more than 28 million people.

Walmart, the No. 1 company for the sixth straight year, is the first U.S. company with $500 billion in yearly sales. The retailer closed 63 Sam's Club locations in the United States to focus on other areas such as online shopping. The closed Sam's Clubs are being repurposed as delivery centers.

Fortune attributed the gain to an increase of $70 billion in revenue over two years, overseas expansion to markets like India and the growth of Amazon Web Services.

Exxon Mobile and Berkshire Hathaway ranked No. 2 and No. 3 on the list with $244 billion and $242 billion each in annual revenue respectively.

Walmart and Berkshire Hathaway also topped the list in 2017.

Apple, which was No. 3 last year, dropped to the No. 4 spot this year with $229 billion in annual sales.

General Motors dominated the 20th century and still ranked in Top 10 this year with $157 billion in sales.

U.S. News // 41 minutes ago
Slow-moving storm to keep dumping snow over Midwest
A slow-moving storm already responsible for dumping more than half a foot of snow on parts of Missouri and Iowa will continue to produce fresh powder over a portion of the Midwest.