May 16 (UPI) -- Midterm primaries in Pennsylvania, Nebraska, Idaho and Oregon cast their ballots Tuesday night, giving a peek at the candidates who will be up for several Congress and Senate seats in November.

In Pennsylvania, six women won their primary challenge, including four Democrats and one Republican, making it all but certain that the state's all-male congressional roster will end in November.

Three of the Democrat women -- Mary Gay Scanlon, Madeleine Dean and Chrissy Houlahan -- will run in Philadelphia-area districts, where Republicans are expected to lose. And Scanlon will be running against a woman -- Republican Pearl King.

Pennsylvania state Rep. Rick Saccone, who lost a special election Democrat Conor Lamb two months ago in an election he was expected to win, lost again in the Republican primary against 35-year-old state Sen. Guy Reschenthaler.

Reschenthaler will face Democrat Bibiana Boerio in the November election.

In Pennsylvania's Senate primary, incumbent Democrat Bob Casey ran unopposed. He will face four-term Rep. Lou Barletta, a vocal supporter of President Donald Trump in a state that unexpectedly voted for the president during the 2016 presidential election.

In Oregon, incumbent Gov. Kate Brown, a Democrat, easily won her primary challenge by carrying every county and 82 percent of the Democratic vote. She will face Republican Knute Buehler in the November election.

In Nebraska, incumbent Republican Sen. Deb Fischer won her primary with 76 percent of the vote. She will face Democrat Jane Raybould.

In Idaho, the governor's face will not have an incumbent for the first time in 10 years, according to The New York Times.

And in the state's open congressional race, Christina McNeil won the Democratic primary. She will face the Republican primary winner, Russ Fulcher.

U.S. News // 11 hours ago
Pizzeria owner arrested for allegedly using PPP loan to buy alpaca farm
May 5 (UPI) -- A man was arrested and charged with wire fraud and money laundering after allegedly obtaining a Paycheck Protection Program loan and fraudulently using the funds to purchase an alpaca farm.

U.S. News // 15 hours ago
CDC predicts spring peak in COVID-19 cases before 'sharp' decline in July
May 5 (UPI) -- The Centers for Disease Control and Prevention projected Wednesday that COVID-19 cases and deaths will reach another peak in May and July before declining amid rising vaccination rates. 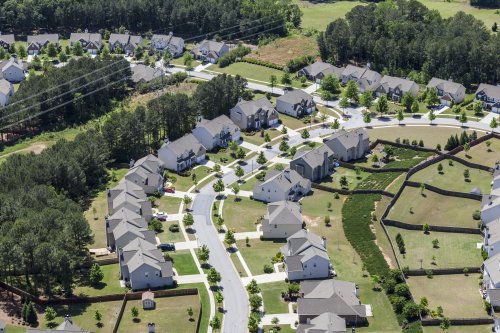