President Donald Trump signs an executive order on religious freedom at the National Day of Prayer, at the White House in Washington, D.C., Thursday. Photo by Kevin Dietsch/UPI | License Photo

President Donald Trump signs an executive order on religious freedom at the National Day of Prayer, at the White House in Washington, D.C., Thursday. Photo by Kevin Dietsch/UPI | License Photo

Director of National Intelligence Dan Coats walks along the colonnade outside the Oval Office prior to a National Day of Prayer event in the Rose Garden at the White House in Washington, D.C. on Thursday. Photo by Alex Edelman/UPI | License Photo

Jared Kushner, advisor and son-in law to President Donald Trump, arrives in the Rose Garden for a ceremony for the National Day of Prayer, at the White House in Washington, D.C. on Thursday. Photo by Kevin Dietsch/UPI | License Photo

In addition to establishing the White House Fair and Opportunity Initiative, Trump offered his promise to "always protect religious liberty" in the United States.

"Prayer has always been at the center of the American life. America is a nation of believers, and together we are strengthened by the power of prayer," he said during the ceremony in the Rose Garden.

A newly appointed adviser will head up the initiative, which is expected to make recommendations to the Trump administration and make connections with faith organizations outside the government. The office will ensure that faith organizations have access to federal funding.

Among those in attendance at the prayer event were Rabbi Levi Shemtov of the Rabbinical Council of Greater Washington, Cissie Graham Lynch of Samaritan's Purse, Cardinal Donald Wuerl, archbishop of Washington, Lt. Col. Dawud Abdul-Aziz Agbere of the U.S. Army Chaplain Corps, Jean B. Bingham, general president of the Relief Society of the Church of Jesus Christ of Latter Day Saints, and Narayanachar Digalakote, priest at the Sri Siva Vishnu Temple in Lanham, Md. 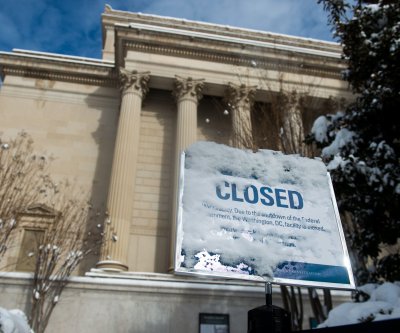