Father of Parkland victim sues school officer who waited outside

May 1 (UPI) -- The father of a student killed in February's shooting at a South Florida high school has filed a wrongful death lawsuit against the campus' former resource officer.

Andrew Pollack, the father of student Meadow Pollack, one of 17 who died at the Parkland, Fla., shooting, is suing former Broward County Sheriff Deputy Scot Peterson for failing to enter the building during the Feb. 14 assault.

Pollack also listed as defendants Lynda Cruz -- the dead mother of 19-year-old gunman Nikolas Cruz -- and James and Kimberly Snead, the couple who cared for Cruz.

The lawsuit says the Sneads allowed Cruz to keep weapons while knowing he posed a threat. The mental health centers where Cruz received treatment were accused of failing to properly assess him.

"I filed a wrongful death suit against Deputy Peterson today," Pollack tweeted Monday. "I want to expose that coward so bad. Where ever he goes I want people to recognize him and say that's one of the cowards of Broward. The [school resource officer] that let those children and teachers die on the 3rd floor!"

The father added the suit is not for financial gain, but rather it aims to criticize Peterson.

A 33-year law enforcement veteran, Peterson resigned from his post after video emerged showing he never entered the building after the shooting started.

The lawsuit also says Peterson "listened to the din of screams of teachers and students, many of whom were dead or dying, and the blasts of Nikolas Cruz' repeated gunfire" without ever "attempting to save a life."

Broward County Sheriff Scott Israel has criticized Peterson, saying he should have "went in, addressed the killer, killed the killer."

"I don't want him just to ride off into the sunset," Pollack said of Peterson.

Peterson's lawyer Joseph DiRuzzio defended his client in February, saying the notion the former officer is a coward are "patently untrue."

The lawsuit is the second connected to the shooting. Student Anthony Borges sued Cruz for assault and battery earlier this month.

I am not doing this to get famous, I am doing this so no family ever again has to feel the way my family feels. There are no excuses! We must have proper security in every school in America! I will not stop until that is accomplished. We must #FixIt! #MeadowsMovement pic.twitter.com/Hz6v9S9vrI 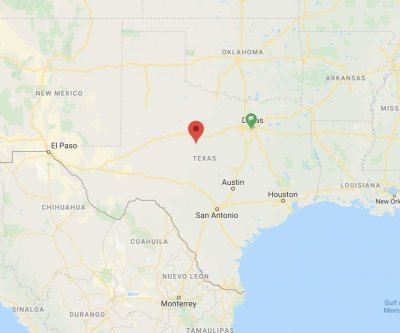