"Congratulations to Mike Pompeo on being confirmed the 70th Secretary of State!" Vice President Mike Pence said on Twitter. "Mike brings years of public service and expertise to the job. @POTUS & I know that Mike Pompeo will serve our Nation w/ distinction and will do an outstanding job for the American people."

The Senate Foreign Relations Committee recommended Pompeo last week after some initial hesitation from Sen. Rand Paul, R-Ky. Rand voiced opposition to the nominee's support of the use of torture in interrogations, mass surveillance of American citizens by the National Security Agency, and the wars in Iraq and Afghanistan.

"Having a patriot of Mike's immense talent, energy, and intellect leading the Department of State will be an incredible asset for our country at this critical time in history," Trump said. "He will always put the interests of America first. He has my trust. He has my support."

In confirmation hearings, Pompeo said he opposes same-sex marriage, which prompted Sen. Cory Booker, D-N.J., to lead the Democrats in opposing the nominee.

As CIA director, Pompeo has called for a military strike on Iran's nuclear facilities and has expressed a hope that North Korea leader Kim Jong Un will soon be driven from power.

RELATED Mike Pompeo: U.S. must 'push back' against Russian aggression

Filling the seat of secretary of state comes at a crucial time for the United States as the Trump administration prepares for high-level talks with North Korea. Pompeo met with North Korean leader Kim Jong Un earlier this month in his role as CIA director.

Tillerson departed in March after one year as secretary of state; Trump announced his firing on Twitter.

In his farewell speech, Tillerson said he hoped the State Department would continue its work with a focus on the safety of its employees and loved ones, accountability and personal integrity.

"I hope you will continue to treat each other with respect, regardless of the job title, the station in life, or your role, everyone is important to the State Department," he said. "We're all just human beings trying to do our part.

U.S. News // 36 minutes ago
House passes bill in support of Tibet human rights
Jan. 29 (UPI) -- The U.S. House of Representatives has overwhelmingly passed legislation in support of protecting human rights in Tibet, the latest congressional condemnation against China's treatment of its citizens. 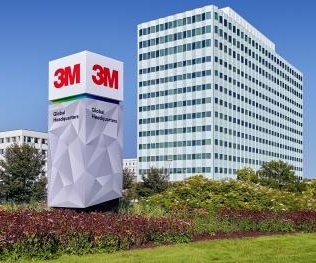