April 26 (UPI) -- Maine State Police offered a $20,000 reward for information leading to the arrest of a man who shot and killed a sheriff's deputy.

The FBI announced the reward Thursday, as a manhunt for 29-year-old John Daniel Williams, who is considered armed and dangerous, continues.

"Mr. Williams poses a very real danger to the public. We're hoping this reward incentivizes anyone with information about his whereabouts to contact law enforcement. And if you see him, call 911 immediately, but do not approach," said special agent in charge of the FBI Boston Division Harold H. Shaw.

Williams is accused of killing Cpl. Eugene Cole, a 13-year veteran of the Somerset County Sheriff's Office, and then driving his marked police cruiser to another location in Norridgewock where he committed a theft and abandoned the vehicle Wednesday.

He had been scheduled to appear in Haverhill District Court for a probable cause hearing on weapons and ammunition charges Wednesday morning and was free on $5,000 bail.

During a press conference Thursday Somerset County Sheriff Dale Lancaster urged Williams to put an end to the manhunt by turning himself over to police.

"If John Williams is hearing this, I want you to turn yourself in. Please surrender peacefully," Lancaster said. 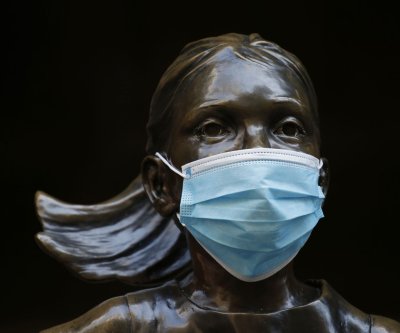 U.S. News // 15 hours ago
Markets see boost from Gilead coronavirus news
July 10 (UPI) -- The major U.S. stock indexes finished the week on the upswing Friday, spurred in part by a promising study from Gilead on a potential coronavirus treatment.