From Vietnam to Afghanistan: A U.S. veteran's four decades of duty

"Whenever our nation was in conflict, I just couldn't sit around and not be a part of defending it," U.S. Army and Navy veteran Victor T. Wright said. 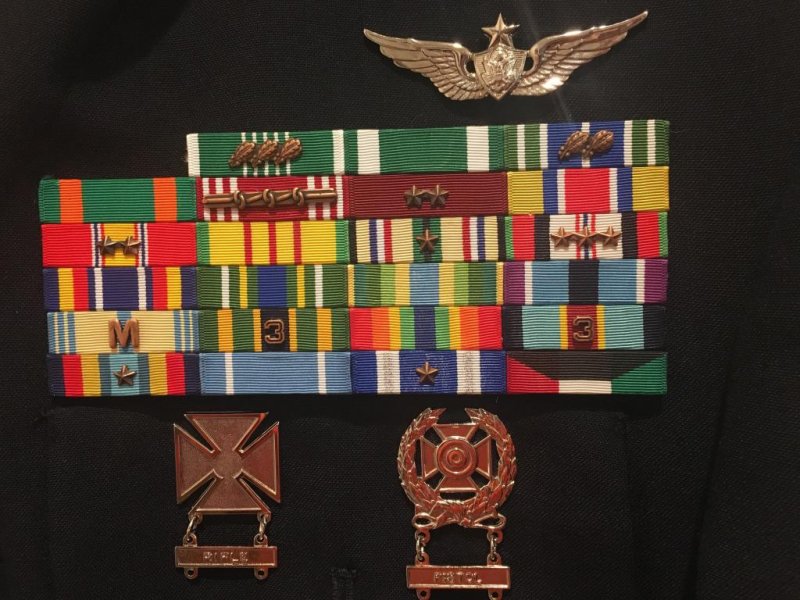 Military commendations belonging to Victor Wright, who's served in every major U.S. conflict since Vietnam, are seen on his uniform. Photo courtesy Victor Wright/UPI

Military commendations belonging to Victor Wright, who's served in every major U.S. conflict since Vietnam, are seen on his uniform. Photo courtesy Victor Wright/UPI

After a career span of more than 40 years in the military, Sgt. 1st Class Victor T. Wright, 61, will soon retire. He may be the only recipient of a Vietnam Service Medal who is still active in the military. Photo courtesy Victor Wright/UPI

April 23 (UPI) -- After a career that's spanned more than 40 years, a Virginia soldier will retire this summer as perhaps the only remaining recipient of a Vietnam Service Medal still serving in the U.S. military.

U.S. Army Sgt. First Class Victor T. Wright entered the military in 1974 at age 17 as a way to "see the world" and get an education. Now 61, he will retire Aug. 31 after a career that included stints in both the Army and Navy, five enlistments and six deployments. His final post, as a senior aviation maintenance instructor in the Army's 128th Aviation Brigade, is at Fort Eustis, Va.

Wright has served a role in virtually every major conflict of his lifetime -- Vietnam, Gulf Wars I and II and Kosovo -- and tours in the Pacific theater, Indian Ocean, Kenya and Korea.

In fact, he may be the sole remaining active duty Vietnam veteran, according to military officials.

In June 2015, the Marine Corps Times wrote a story about Michael Jarnevic, a Green Beret considered the last person in uniform whose service record includes a tour in Vietnam. He retired the following month.

After Wright read the story, he called editors of the magazine to let them know there's at least one more.

"We're not 100 percent sure, but it's very likely he is the last one," Capt. Jeremy Stoddard said. "We've been trying to figure this out for years. It's very unlikely anyone would have been in the service that long, for 40-plus years."

Stoddard said in most cases, those with four decades of service would've chosen to go into another level -- or would have been forced into retirement.

"That's like the time in service that a senior general would have," he said, noting Wright for his enthusiasm and passion.

"When I became his commander a few years ago, even though he was on his way out it never seemed that way," he added. "He has a drive to teach and develop younger soldiers, it's definitely a passion."

Life in the military

During recent interviews with UPI, Wright shared the memories that have stuck with him over a lifetime in the military, including his first deployment on the USS Enterprise, the maiden deployment for the F-14 Tomcat.

"That first enlistment, everything was new. Seeing aircraft operations, going to a country for the first time, it had a huge impact," Wright said. "I witnessed the loss of an F-14, watched it crash into the ocean and watched the pilots get rescued. ... A piece of radar hit me in the chest."

After Wright's first enlistment, which included a tour to Vietnam, he attended University of South Carolina. To earn extra money, he performed with rock bands, primarily as a drummer.

Wright enlisted in the Navy in February 1974, more than a year after U.S. involvement in Vietnam formally ended. His service in Southeast Asia involved working on the deck of the USS Enterprise, which was a vessel that aided mass evacuations from Vietnam.

"I was an aircraft re-fueler ," he said. "I worked on the flight deck, so I touched everything that flew, including the USMC CH-53 helicopters used for the evacuation.

"Back then you got whatever job the Navy needed to fill. During my next enlistment, I re-schooled as an Avionics Technician."

Fifteen years later, in 1989, Wright signed up for a second re-enlistment in the Navy -- and was ultimately deployed for Desert Storm/Shield in the early 1990s and subsequently Kosovo. After leaving active duty in 1998, he finished his MCSE certification and began working as a systems and network engineer for Bank of America. After joining the Army National Guard in 2002, Wright worked for Telos Corp. and in various contracted positions.

Wright got to travel more in his second enlistment, and seeing more of the world also exposed him to despair in Third World countries.

"It's heartbreaking, to see people so poor, almost everyone is begging. In Afghanistan, children are playing in horrible conditions -- bare feet, the clothes they are wearing are the only clothes they have."

"We don't realize how good we have it," he added. "I believe every high school student should be required to go into the military or Peace Corps and spend at least one year before college ... it would give our society a new perspective."

What may have been key to his long military career is that he took breaks from service -- including an 18-month period of inactivity in the Navy reserve between 1983 and 1985. In 1989, Wright again enlisted in the Navy and later became an active duty soldier in the Army in 2007.

"Whenever our nation was in conflict, I just couldn't sit around and not be a part of defending it," he said. "The military is a profession. But to me it has been more than a profession. It has become a vocation, a calling."

Life as a soldier

Over the years, he's seen a shift in how service members are treated by the public.

"When Vietnam was over, we weren't treated well. Nobody cared if you came home, nobody thanked you for your service. We got called names, were spit on. It was a harsh homecoming," he said. "Now it's entirely different. There's not a day that goes by that someone doesn't come up to me and stop me and say, 'Sir, thank you for your service.'"

Support from relatives also helped with unpredictable life in the military, he said. Wright is married with four children. He has six grandchildren and one great-grandchild.

He credits his wife, Michelle, with taking care of their family while he was away. So much of his communication with his family was over Skype that his then 2-year-old daughter Isabella thought he "lived" inside the computer while he was deployed to Korea in 2007.

"Whenever I deploy, I make it a mission to communicate with my family every day," he said.

His time at Camp Eagle in Korea turned out to be the best assignment of his career, even though marriages can suffer with such distance.

Michelle Wright, 12 years his junior, was 21 years old when they married -- and 22 by the time he made his third deployment.

"She owned it. She dug in and stuck with me," he said of Michelle, who endured four deployments as a working mother who home-schooled their children.

Wright also said he's seen stark change in the military over his four decades of service.

"Back in the day, there was only one leadership style -- autocratic," he said. "However, our nation's culture, worldview and perspective have changed since then."

Wright said today's military leadership styles are much more flexible -- and vary among strategic, team-oriented, cross-cultural and transformational. One of the most interesting changes, he said, came during Vietnam.

"We had the draft, and many tried to figure out how they could avoid it or get disqualified. Yet once they were in and committed, it seems for some, something happened. They changed," Wright said.

Today' service members come from a similar, although much more turbulent culture as their Vietnam-era counterparts, but they aren't trying to avoid service, Wright said.

"They volunteer! They come off the street with pride and patriotism and know that they may go into harm's way."

During Wright's final deployment to Kandahar, Afghanistan, he encountered terrible experiences -- the loss of friends.

The closest was Chief Warrant Officer Scott Reagan, a man he knew for many years -- both from South Carolina, and both with similar proclivities.

"He looked out for me and had my back many times," he said.

Pretty soon, the deployment got tough.

Wright was taking care of some paperwork one day when another soldier stormed into the office, out of breath.

"Did you hear what happened to Chief Reagan?" he asked.

He had collapsed and died, not long after the final time they'd talked.

"I'm told it was heart failure," Wright said. "I was apparently the last person he spoke with.

"I still have his contact in my phone after five years. I can't bring myself to delete it."

As for what comes next, Wright said he intends to take some time to evaluate his life and recuperate.

"I plan to do a bit of traveling to see some of my brothers-in-arms; some young, some old, who have already made the transition," he said. "I can't yet wrap my head around the entire thing of not being in the military.

"The military has been a part of my life, on and off, since age 17. I have stood on the wall for a long time. This will be bittersweet indeed. But it is time for me to pass the baton and lay down my arms for the last time. I will soon stand relieved of my watch." 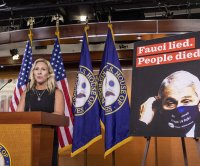 U.S. News // 4 hours ago
Biden nominates 'Miracle on the Hudson' pilot Sullenberger to be ambassador
June 15 (UPI) -- Chesley "Sully" Sullenberger III, the pilot who landed a US Airways flight in the Hudson River after a bird strike, was nominated Tuesday to be an ambassador.