April 12 (UPI) -- As teachers across the country strike, hold walkouts and protest over what they're calling stagnant pay and poor resources, national statistics indicate the pay gap between public educators and that of other professionals with similar levels of education and experience is widening.

Oklahoma teachers on Thursday ended a nine-day walkout calling for higher wages and more school resources. Kentucky teachers are still mulling their options for another walkout after a rally last week at the state Capitol -- some school districts in the state canceled classes Friday in order to allow teachers to rally again. And some Arizona schools held walk-ins this week, with the governor proposing a 20 percent pay increase over the next two years.

This is all after teachers in West Virginia won a 5 percent raise last month, ending a nine-day strike.

But it's not just that teachers from some states are upset their salaries aren't comparable to teachers from other states -- it's that their pay has stagnated over recent decades. In fact, once inflation is factored in, teachers in most states made less in the 2016-17 school year than they did in the 1999-2000 term, data from the National Center for Education Statistics says.

The last mile and a half of the 110-mike journey. Thank you to these amazing Oklahomans who walk the line for their students. OKwalk4kids #OklahomaTeacherWalkout #oklaed #March4Education pic.twitter.com/EL3uQJSTdT

The biggest offender is the state of Indiana, where teachers made $50,554 in 2016-17, a 15.7 percent reduction in pay from 1999-2000, when teachers made $41,850, or $59,986 adjusted for inflation. It's illegal in Indiana for public school teachers to strike, but G. Randall Harrison, president of the Anderson Federation of Teachers, a chapter of the American Federation of Teachers, said he thinks nationwide attention on the problem could have an impact in his state.

"We're having discussions about getting the General Assembly's attention," he said Tuesday. "Yes, we're monitoring, and yes, we are ready to lobby the special session that's coming up."

Compared to other comparable professions, though, there has been a widening pay gap for public school teachers, a study by the Economic Policy Institute, a progressive, union-backed think tank, found. Public school teachers made an average of 17 percent less than similarly educated professionals in 2015, up from a 1.8 percent gap in 1994.

The study found that, when adjusted for inflation, the average weekly wages of public school teachers decreased $30 per week from 1996 to 2015, while the weekly wages of all college graduates rose $124 per week during the same period. And experienced teachers have been the hardest hit -- they had a 1.9 percent advantage over entry-level teachers in 1996 and a 17.8 percent penalty compared to entry-level teachers in 2015.

To make up for the shortfalls, Arizona teachers say they're seeking a 20 percent pay raise and for schools to return to a level of funding not seen since before the recession.

Leaders in Oklahoma have agreed to increase teacher pay, but teachers said it's not enough. The Oklahoma Education Association said 95 percent of its request for $506 million for teacher and support worker pay, and school funding for fiscal year 2019 has been "secured." Some school districts in the state have called back striking teachers, but the majority of districts said they would still be closed Thursday. 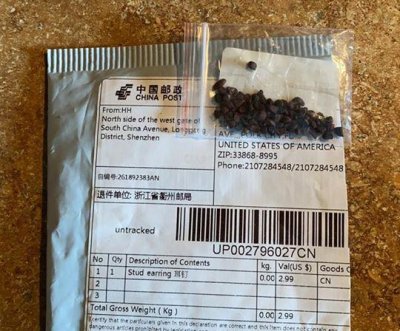