Over 40 hurt after student charter bus crashes into N.Y. overpass

Thirty-eight students, mostly between the ages of 16 and 18, the driver and five chaperones were on the bus at the time of the crash. Six of the passengers were seriously injured and 37 suffered more minor injuries, officials said.

"Everybody was able to walk out except one, which we extricated," Lakeview, N.Y., Fire Department Chief Patrick McNeill said.

The top of the bus was sheared off by the collision, which occurred as the bus was traveling late Sunday on the Southern State Parkway in Lakeview, about 20 miles east of New York City.

"This was treated as a mass-casualty incident," New York State Police Maj. David Candelaria said during a press conference. "I give credit the Nassau County police ambulance bureau's emergency services unit and the Lakeview Volunteer Fire Department. They set up a mass-casualty treatment triage and probably saved lives.

"We're very lucky. This could have been tragic."

Commercial vehicles are normally not allowed to drive on New York State parkways due to the bridges being too low in certain areas.

The driver said he was not from the area and wasn't aware of the parkway system. He will undergo a drug and alcohol test.

Officials said the students, from Long Island, had just returned from a trip to Europe. 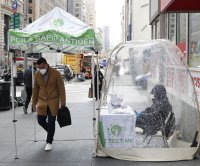 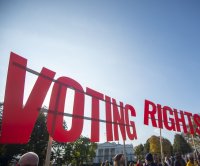 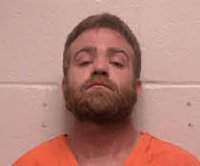