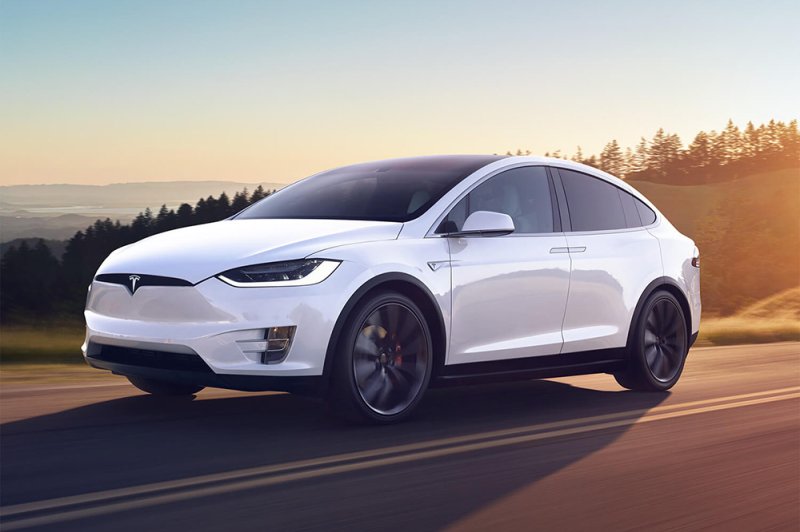 A Tesla Model X vehicle was involved in the fatal crash on March 23 in Mountain View, California. On Friday, the company released a statement showing that the vehicle was engaged in autopilot at the time of the crash. Photo courtesy Tesla Motors.

March 31 (UPI) -- The Tesla car involved in last week's fatal crash in California was in an autopilot mode, the company said Friday.

Walter Huang, 38, who worked as an Apple engineer, died when the Tesla Model X collided with a barrier on Highway 101 in Mountain View, California.

"In the moments before the collision, which occurred at 9:27 a.m. on Friday, March 23rd, Autopilot was engaged with the adaptive cruise control follow-distance set to minimum," Tesla said in a statement. "The driver had received several visual and one audible hands-on warning earlier in the drive and the driver's hands were not detected on the wheel for six seconds prior to the collision."

Tesla said in its statement that the failure to repair the highway safety barrier exacerbated the crash.

"The reason this crash was so severe is because the crash attenuator, a highway safety barrier which is designed to reduce the impact into a concrete lane divider, had been crushed in a prior accident without being replaced. We have never seen this level of damage to a Model X in any other crash."

Tesla said Huang "had about five seconds and 150 meters of unobstructed view of the concrete divider with the crushed crash attenuator, but the vehicle (computer) logs show that no action was taken."

The company defended its autopilot mode, which gives the car semi-autonomous capabilities and has now been engaged in two fatal U.S. crashes, Wired reported.

"If you are driving a Tesla equipped with Autopilot hardware, you are 3.7 times less likely to be involved in a fatal accident ... The consequences of the public not using Autopilot, because of an inaccurate belief that it is less safe, would be extremely severe."

In a separate development, the company also recently ran into trouble with its Tesla Model S electric vehicles built before April 2016, finding excessive corrosion on bolts in very cold climates could cause power steering failure. The company recalled 123,000 Model S cars, its largest safety recall ever.

U.S. News // 13 hours ago
Arizona secures supplier for death penalty drug
March 6 (UPI) -- Arizona announced this week it's found a supplier of pentobarbital, a sedative used in lethal injections, and is prepared to resume executions after a nearly seven-year hiatus.

U.S. News // 9 hours ago
Judge rules recent ERA ratifications came too late to count
March 6 (UPI) -- A federal district judge ruled Friday that the deadline to ratify the Equal Rights Amendment "expired long ago" and that that three states' recent ratifications of the amendment do not count.

U.S. News // 17 hours ago
Judge rules Harvard owns slave images, not descendants
March 6 (UPI) -- A Massachusetts judge ruled this week that a series of slave images belong to Harvard University, but the ancestor of the subjects who were forced to strip to the waist for the photos plans to appeal.

U.S. News // 18 hours ago
Major warmup on the way for millions across the central, eastern U.S.
After multiple one-day teases of springlike warmth amidst an overall chilly end to meteorological winter, good news is in store for many fans of warm weather across the central and eastern United States.