March 23 (UPI) -- The Trump administration on Friday sanctioned nine Iranian nationals and one entity, officials say for hacking into hundreds of universities and stealing massive amounts of data and intellectual property.

The indictment by the Department of Justice said the hackers worked in behalf of Iran's Islamic Revolutionary Guard Corps and other government clients. The Treasury Department sanctioned the Iranians and the hacker network they worked for, the Mabna Institute.

"Iran is engaged in an ongoing campaign of malicious cyber activity against the United States and our allies. We will not tolerate the theft of U.S. intellectual property, or intrusions into our research institutions and universities," said Treasury Under Secretary Sigal Mandelker. "[We] will continue to systematically use our sanctions authorities to shine a light on the Iranian regime's malicious cyber practices, and hold it accountable for criminal cyberattacks."

Officials said the Mabna Institute contracted with Tehran and private firms to conduct massive, coordinated cyber intrusions into computer systems belonging to at least 144 U.S.-based universities and 176 schools in 21 other countries.

The stolen data was used to aid Iran's Islamic Revolutionary Guard Corps and sold within Iran through at least two websites. Login credentials belonging to university professors were also stolen and used to access online library systems, the Treasury said.

U.S. Attorney Geoffrey Steven Berman said the crackdown is one of the largest state-sponsored hacking campaigns ever prosecuted by the Department of Justice.

"We have unmasked criminals who normally hide behind the ones and zeros of computer code. ... The hackers targeted innovations and intellectual property from our country's greatest minds," Berman said. "These defendants are now fugitives from American justice, no longer free to travel outside Iran without risk of arrest. The only way they will see the outside world is through their computer screens, but stripped of their greatest asset -- anonymity."

"We will protect our innovation, ideas and information, and we will use every tool in our toolbox to expose those who commit these cyber crimes," Wray said. "Our memory is long; we will hold them accountable under the law, no matter where they attempt to hide." 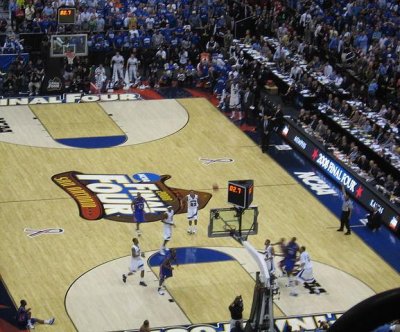