March 1 (UPI) -- Best Buy will close all of its mobile-only stores in the United States -- about 250 locations -- by May, the company announced Wednesday.

Best Buy CEO Hubert Joly told employees in a letter Wednesday that the closing are part of a "continuous optimization" strategy for the company to adapt to the mobile phone market, the Star Tribune reported.

"The mobile phone business was in a period of high growth and margins were high" when the company first began opening its mobile-only locations in 2006, Joly said in the letter. "Fast-forward to 2018 and the mobile phone business has matured, margins have compressed and the cost of operations in our mobile stand-alone stores is higher than in our big box stores."

For that reason, the big box stores will take on additional mobile phone responsibilities, a situation the company has been planning for.

"Hundreds of our Big Box stores received Mobile 2020 redesigns last year, with nearly 200 more this year; and, our In-Home Advisors now enable us to sell products and services in-home, nearly all of which can be powered by a smartphone," Joly said in the letter.

It's not clear how many employees will lose their jobs because of the closings. But Joly said affected employees will be given the opportunity to obtain another position with the company or transition to an in-home advisor role, CNBC reported.

Some employees might also be eligible for severance pay.

Best Buy's mobile-only locations in Canada will not be affected by the move. 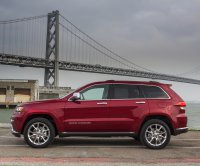