Former President Bill Clinton talks about the effect Billy Graham had on his life as Franklin Graham listens. Clinton visited to pay respects to Billy Graham, who died Wednesday as he lies in repose at the Billy Graham Library in Charlotte, N.C. Photo by Nell Redmond/UPI | License Photo

Former President Bill Clinton (R) and Franklin Graham walk past a large cross as Clinton visited to pay respects to Billy Graham as he lies in repose at the Billy Graham Library in Charlotte, N.C., on Tuesday. Photo by Nell Redmond/UPI | License Photo

Evangelist preacher Billy Graham died at the age of 99 in his home in Montreat, North Carolina on Feb. 21. He is shown in New York in a 2005 file photo. Photo by Monika Graff/ UPI | License Photo

Franklin Graham, the late evangelist's son, met Clinton when he arrived. They walked down a path to his father's boyhood home, where he was lying in repose, on the grounds of the Billy Graham Library in Charlotte.

After his viewing, Clinton told reporters he agreed with those who cautioned Graham against his close relationships with presidents.

"But don't forget, those of us who are Christians believe in a God of second chances, and the politicians need those more than anybody else," Clinton said. "You've got to cut him a little slack for trying to give a willing ear and an open heart and without regard to his political preferences."

Clinton also shared his remembrances of seeing the influential pastor as a child at one of Graham's crusades in Little Rock, Ark.

"Hillary and I were glad to have him in the White House a couple of times, but mostly I was glad to see that in that little room he was the same person I saw when I was 11 at that great big football field," Clinton said. "That says a lot. I think he was a profoundly good man who conveyed simple beliefs, that we can claim kinship with God by asking ...

"He showed his faith by his works and by his life. And, for me, every time I think about him I'll be 11 again."

Former President George W. Bush and his wife, Laura Bush, visited on Monday, along with thousands of others.

On Wednesday and Thursday, Graham's body will lie in the U.S. Capitol rotunda before his funeral on Friday.

President Donald Trump plans to attend the funeral in Charlotte.

U.S. News // 25 minutes ago
Apple, Epic Games head into court with app store fight
Sept. 28 (UPI) -- Apple and Epic Games head to court in California Monday to begin a legal battle that experts say could lead to a landmark decision reshaping the relationships between app stores and developers. 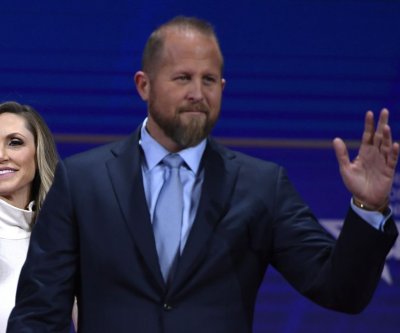 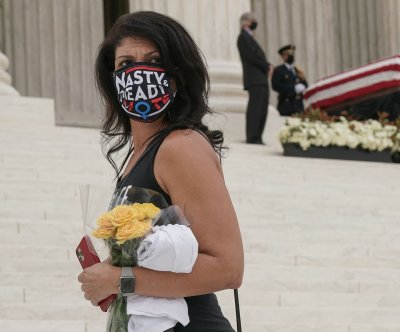 U.S. News // 6 hours ago
'Nasty woman': A look at memorable presidential debate moments
Sept. 28 (UPI) -- President Donald Trump and Democratic presidential nominee Joe Biden are set to meet for their first debate Tuesday, picking up a tradition that has produced a number of memorable moments over the last 60 years.

U.S. News // 12 hours ago
Democrats call for release of Trump's tax records after 'blockbuster' report
Sept. 27 (UPI) -- Democrats on Sunday renewed calls for President Donald Trump's tax records to be released following a New York Times report showing he has not paid taxes in 10 of the last 15 years through to 2017.

U.S. News // 20 hours ago
Experts warn of 'huge surge' in COVID-19 cases in fall, winter
Sept. 27 (UPI) -- The University of Washington's Institute for Health Metrics and Evaluation's COVID-19 model forecasts that daily death totals could surge from 765 to 3,000 by late December.