Feb. 27 (UPI) -- A 20-state lawsuit filed Monday in federal court challenges the constitutionality of the Affordable Care Act, citing the Trump Administration's tax overhaul did away with the penalty mandate for individuals not carrying health insurance.

"Texans have known all along that Obamacare is unlawful, and a divided Supreme Court's approval rested solely on the flimsy support of Congress' authority to tax. Congress has now kicked that flimsy support from beneath the law," Texas Attorney General Ken Paxton said. "With no remaining legitimate basis for the law, it is time that Americans are finally free from the stranglehold of Obamacare, once and for all."

According to the lawsuit, an earlier case against the ACA made it clear that tax penalty was an essential component of the law, and when the Supreme Court upheld the ACA the ruling stated "without the tax penalty, the mandate that individuals purchase health insurance was an unconstitutional exercise of federal power."

"Not only is the individual mandate now unlawful, but this core provision is not severable from the rest of the ACA-as four Justices of the Supreme Court already concluded," according to the court document.

"Through our multi-state lawsuit, we hope to effectively repeal Obamacare, which will then give President Trump and Congress an opportunity to replace that failed experiment with a plan that ensures Texans and all Americans have better choices for health coverage at more affordable prices," Paxton said.

"Obamacare causes premiums to rise and coverage to fall, forcing Wisconsin and other states to take extreme, costly measures to protect their citizens' health and pocketbooks," Schimel said. "I bring this challenge to Obamacare because, as Wisconsin's attorney general, I swore to uphold the rule of law and protect our state from overreaching and harmful actions from the federal government."

U.S. News // 19 minutes ago
CBO: U.S. deficit could see historic levels by 2050 without spending cuts
Sept. 22 (UPI) -- The United States will need to cut spending by at least $900 billion per year over the next few decades to restore the national deficit to its 2019 level, according to a report by the Congressional Budget Office.

U.S. News // 1 hour ago
NASA reveals new details of $28B Artemis lunar landing program
Sept. 22 (UPI) -- NASA has released new details of its Artemis project to send astronauts to the surface of the moon by 2024, including the cost of its first phase -- $28 billion 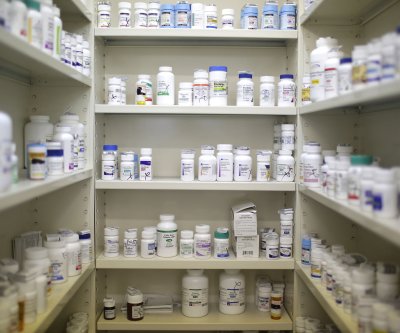 U.S. News // 6 hours ago
Powell, Mnuchin promise more action to bolster economic recovery
Sept. 22 (UPI) -- The Federal Reserve will continue to support the domestic economy through the COVID-19 pandemic, following up on some improvement since the start of the crisis, Chairman Jerome Powell says.