Evangelist preacher Billy Graham, pictured in New York in 1984, died at the age of 99 in his home in Montreat, North Carolina, on Wednesday. File Photo by Pat Benic/ UPI | License Photo

Evangelist preacher Billy Graham, pictured in 1982, died at the age of 99 in his home in Montreat, North Carolina, on Wednesday. UPI Photo/File | License Photo

Reverend Billy Graham and the Metropolitan Filaret of Minsk and Byelorussia speak at a news conference at Sheremetyevo Airport northwest of Moscow, Russia, on September 9, 1984. UPI Photo/File | License Photo

Evangelist Billy Graham, pictured in this March 26, 1940 photograph at the age of 21, died at the age of 99 Wednesday. File photo by UPI | License Photo

Rev. Billy Graham and three top aides admire architectural monuments inside the Kremlin in Moscow, Russia, during a walking tour on May 10, 1982. UPI Photo/File | License Photo

Feb. 21 (UPI) -- Rev. Billy Graham, a well-known evangelist for decades and often referred to as "America's pastor," died Wednesday morning at the age of 99.

Born in 1918 and raised on a dairy farm in North Carolina, Graham said that as a boy he preferred baseball to religion and even "detested going to church." When he turned 15, he became inspired by traveling evangelist Mordecai Fowler Ham and committed then to live his life serving Jesus Christ.

Graham was ordained in Florida in 1943 and later received a solid foundation in the Scriptures at Florida Bible Institute, now named Trinity College of Florida. That same year, 25-year-old Graham graduated from Wheaton College in Illinois, where he met his wife, Ruth McCue Bell.

Following World War II, Graham preached throughout the United States and Europe and was thrust to international fame during the Los Angeles Crusade in 1949, one of his earliest evangelism drives.

Perhaps most famous for his evangelic missions or "crusades," Graham subsequently traveled across the world -- from Ethiopia to Russia, and New Zealand to China.

As the years went on, the evangelist began dipping into politics, condemning the evils of nuclear war during a controversial trip to the former Soviet Union in 1982 -- where he met Politburo leaders to discuss religion, strategic arms and international relations.

Although he was "born, bred and educated in America," Graham said he considered himself a "member of the world community with responsibilities not only to one nation but to the whole human race."

In the aforementioned role, Graham in 1990 advised former Iraqi President Saddam Hussein to leave Kuwait -- citing the move as the only way to prevent full-scale war in the strife-ridden Middle East.

In 1992, he met for the first time with then-North Korean President Kim Il Sung, hoping to contribute to a new atmosphere of mutual respect between the United States and North Korea.

He visited again two years later, and noted the "particularly complex time" in the relationship between Washington and Pyongyang. On that trip, he conveyed a verbal message from then-President Bill Clinton as an unofficial ambassador of the United States.

Graham served as a counselor or minister to a dozen U.S. presidents and preached to 215 million people in 185 countries around the world.

Former President Barack Obama, who prayed with Graham in 2010 at his home in North Carolina, said Wednesday Graham was a "a humble servant who prayed for so many -- and who, with wisdom and grace, gave hope and guidance to generations of Americans."

President Donald Trump said in a statement that Graham was "truly one of a kind" and noted that "Christians and people of all faiths and backgrounds will miss him dearly."

In his travels, Graham prayed with every U.S. president from Harry S. Truman to Obama, while disregarding political party and religious affiliation. He praised Ronald Reagan for his "strength through leadership" -- and said Richard Nixon sought to protect him from negative fallout from the Watergate scandal.

"Even the last week Nixon was in office, I tried to get to him to have a prayer with me. I couldn't even get a phone call through to anybody. They wouldn't see me. It was deliberate. He just didn't want me in on it," Graham said in 1982.

Graham even visited with Queen Elizabeth II in Britain on more than one occasion, after first meeting her in 1955. In 1984, accompanied by the duke of Edinburgh, the Queen Mother, the duke and duchess of Kent and their son Lord Nicholas Windsor, the Queen watched Graham preach to nearly 2,000 people at the royal estate of Sandringham.

Graham called preaching before the royal family, "the same as preaching anywhere in the world."

Not without controversy, Graham was criticized in 1993 for remarking that AIDS may be God's judgement for people's sins.

"Is AIDS a judgment of God?" he asked at a sermon in Ohio. "I could not say for sure, but I think so."

Graham later apologized for the comments, saying they were "very wrong and cruel."

Over his decades-long career, Graham authored 33 books -- many of which were best-sellers. His autobiography, Just As I Am, appeared simultaneously on the three top best-seller lists in one week.

Other Graham accolades include the Congressional Gold Medal, the Presidential Medal of Freedom, the Templeton Foundation Prize for Progress in Religion and a star on the Hollywood Walk of Fame.

Graham retired to his mountain home in Montreat, N.C., 12 years ago, the same year his final crusade was sponsored by 1,400 regional churches and 82 denominations.

Graham and Bell, who died in 2007, had five children and 19 grandchildren. His son, Franklin Graham, later took over his ministries. 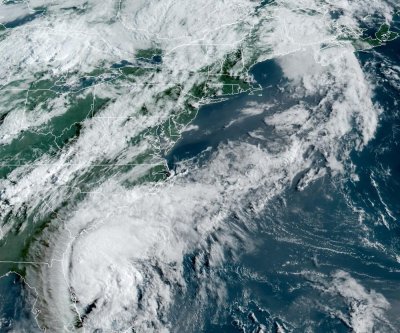 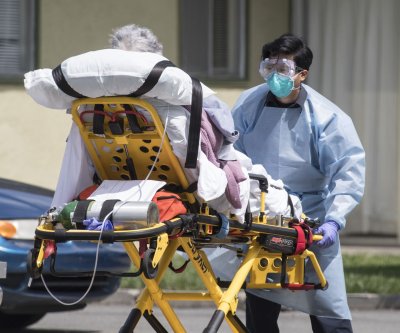 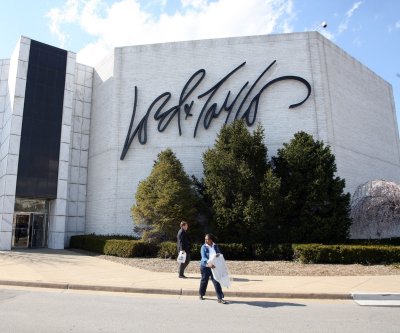 U.S. News // 15 hours ago
Pelosi: Democrats still at odds with GOP, White House on stimulus
Aug. 2 (UPI) -- House Speaker Nancy Pelosi said Democrats remain at odds with Republicans and the White House as they continue to fight for an extension of $600 weekly unemployment for Americans in the latest COVID-19 stimulus bill.

U.S. News // 17 hours ago
Search ends for seven Marines, one sailor presumed dead near California
Aug. 2 (UPI) -- The Marine Corps on Sunday announced it had ended the search for seven Marines and one Navy sailor who are feared dead after an amphibious assault vehicle sank off the coast of Southern California.