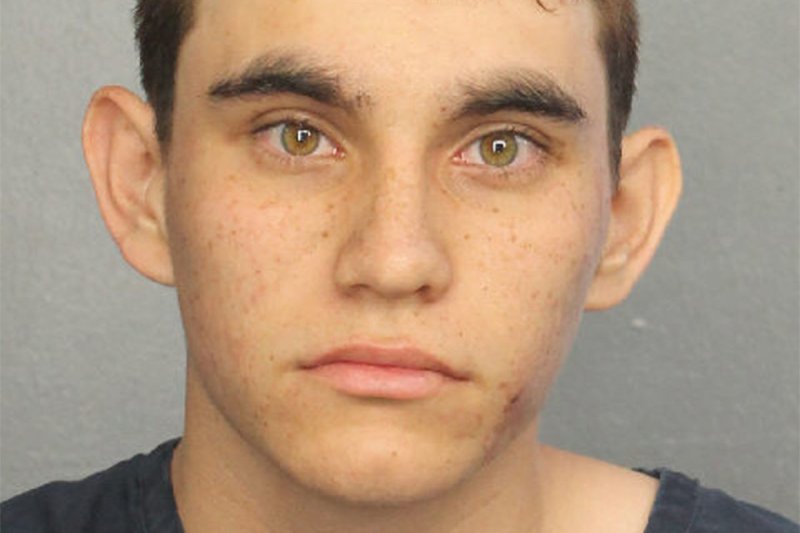 Feb. 15 (UPI) -- The former student accused of carrying out one of the deadliest school shootings in U.S. history had discipline problems at home and school, people who know him said.

Nikolas Cruz, 19, was being held without bond Thursday at the Broward County Jail, charged with 17 counts of premeditated murder. Authorities say he carried out the shooting at Marjory Stoneman Douglas High School in Parkland, Fla., that killed 17 people and injured more than a dozen others.

Based on what they knew about Cruz, some said they weren't surprised.

"'If you were to pick one person you might predict in the future would shoot up a school or do this, it would be this kid,'" John Crescitelli told the Miami Herald, quoting his son, Daniel, a student at Marjory Stoneman Douglas.

Cruz and his biological brother, Zachary, lived with an adopted mother and father, who have died. Their mother, Lynda Cruz, died in November and their father, Roger Cruz, died years earlier.

Assistant public defender Melissa McNeill said the death of Cruz's mother was a breaking point for the teenager.

When he moved in, he brought a self-purchased AR-15 military-style rifle with him, Lewis said. The family had Cruz keep the firearm in a locked gun cabinet for which he had the key.

RELATED Stars call for action after Florida shooting: 'We must do more'

Family member Barbara Kumbatovich said Cruz had troubles, but downplayed the seriousness of any emotional problems.

"I know she had been having some issues with them, especially the older one. He was being a problem. I know he did have some issues and he may have been taking medication," Kumbatovich said of the mother. She "kept a really close handle on both boys. They were not major issues, as far as I know, just things teenagers do, like not coming home on time, maybe being disrespectful."

Onetime neighbor Shelby Spano said Nikolas Cruz once threw eggs at her husband's car. Another time, he shot at another neighbor's chickens.

Police responded to the Cruz home a number of times, she recalled. Nikolas Cruz, though, has no prior criminal convictions as an adult in Broward County.

"I told my husband I was so glad they moved. I'm afraid he was the kind of kid who would do something crazy," Shelby said. "The older he gets, the worse kind of trouble he got into."

Cruz had been expelled from the high school for an undisclosed reason, Broward County Sheriff Scott Israel said.

Math teacher Jim Gard told the Herald he thought staff at the school were previously warned about Cruz over his threats against students. Gard added that Cruz wasn't allowed to wear a backpack while at school.

A former classmate told CBS Miami that students joked Cruz was the type to carry out a school shooting.

"We actually, a lot of kids threw jokes around ... saying that he's the one to shoot up the school, but it turns out everyone predicted it," Eddie Bonilla said. "It's crazy."

Another classmate, 16-year-old Joshua Charo, said Cruz was quiet, but when he did speak, "all he would talk about is guns, knives and hunting."

Cruz was at one point a member of the school's JROTC program, classmates said.