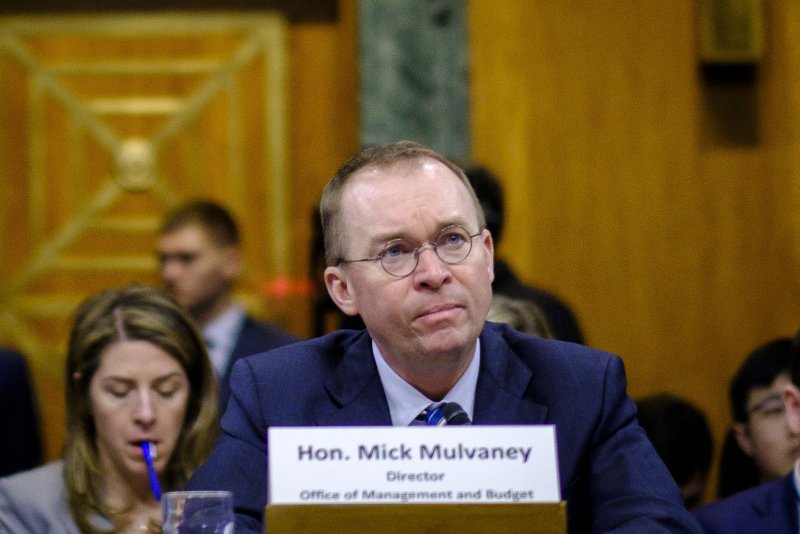 Testifying before the House Committee on the Budget, Mulvaney said appropriations for such a parade were not included in the budget unveiled by Trump this week.

Responding to a question about paying for a parade with all the cuts the proposed budget would make, Mulvaney said the cost for such a parade varies by millions.

"I've seen various different cost estimates of between $10 million and $30 million depending on the size of the parade, the scope of it, the length of it, those kind of things," Mulvaney said. "We'd have to appropriate funds for it, we'd have to find funds for it. We have not done much research on it yet."

RELATED Consumers are biggest losers in Trump's war on regulations

Mulvaney classified the budget proposal as a "messaging document" from the White House to Congress, with room for negotiation.

Trump has repeatedly spoken of his admiration for a Bastille Day parade he attended in Paris in July, and a Pentagon spokesman told CNN earlier this month the Defense Department has begun looking at possible dates for a parade.

Many Democratic and Republican legislators are critical of the parade, which could evoke totalitarian images of similar parades staged in North Korea and the former Soviet Union.

Some have suggested the funding could be better spent on services to veterans, whom Trump has repeatedly pledged support for.

Sen. Lindsay Grahom, R-S.C., has said a "Soviet-style" demonstration of tanks and missiles rolling down Pennsylvania Avenue in Washington would be a show of "weakness." Sen. John Kennedy, R-La., said "America is the most powerful country in all of human history. You don't need to show it off."

U.S. News // 2 hours ago
Report: Elon Musk moving forward with Twitter bid
Oct. 4 (UPI) -- Shares of Twitter closed up more than 22% on the New York Stock Exchange on Tuesday after a report that billionaire Elon Musk had submitted a new bid to purchase the social media company.

U.S. News // 1 hour ago
Amazon freezes corporate hiring in retail
Oct. 4 (UPI) -- Amazon is freezing corporate hiring for its retail business amid a period of slow growth for the tech giant.