Amtrak train 501 derails and falls from an overpass causing multiple fatalities outside Seattle in Dupont, Washington on Dec. 18, 2017. On Saturday, a top official with the Federal Railroad Administration resigned after reports surfaced that he was moonlighting. Photo by Washington State Patrol/UPI | License Photo

Feb. 10 (UPI) -- Heath Hall left his position with the Federal Railroad Administration after reports surface that he also was working as a public-relations consultant for the Madison County, Miss., sheriff's office.

Hall, appointed to the FRA in June, had pledged on a federal ethics form that his firm wouldn't be active while he worked at the department, yet the firm continued to collect payments from Madison County between July and December.

Last month, Hall took an extended leave of absence for a family emergency, but DOT officials said his departure is now permanent.

"We were unaware of the information that is being reported but those allegations, if they are true, are troubling," said Marianne McInerney, spokeswoman for the Department of Transportation, via a statement. "Heath Hall has resigned his position at the department effective immediately."

Currently in the role is Juan Reyes, the agency's chief counsel, who had taken over the position in January after Hall went on leave of absence.

Hall's departure comes at a time when the agency needs a key leader after recent crashes including four fatal Amtrak crashes since December. Last year, railroad deaths mounted to 828, the highest in a decade, according to FRA data.

U.S. News // 4 hours ago
Disney to furlough some employees, waive annual pass fees
April 2 (UPI) -- The Walt Disney Co. on Thursday said it will furlough some non-union employees later this month as its parks sit shuttered during the coronavirus pandemic. 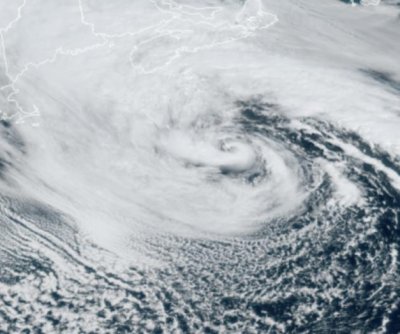 U.S. News // 5 hours ago
Meteorologists keep eye on Atlantic Ocean storm churning off East Coast
A massive storm is churning and has stalled over the western Atlantic Ocean, just offshore of the East Coast -- and it may acquire some tropical characteristics as it blasts New England this week.

U.S. News // 10 hours ago
Google to allow some coronavirus ads after broad ban
April 2 (UPI) -- Google will lift a broad ban on coronavirus advertisements, phasing in some advertisers with a priority on those working directly on the pandemic.

U.S. News // 11 hours ago
DNC delays Democratic National Convention by a month
April 2 (UPI) -- The Democratic Party said Thursday it has delayed its national nominating convention in Milwaukee by about a month, to Aug. 17, due to the coronavirus emergency.