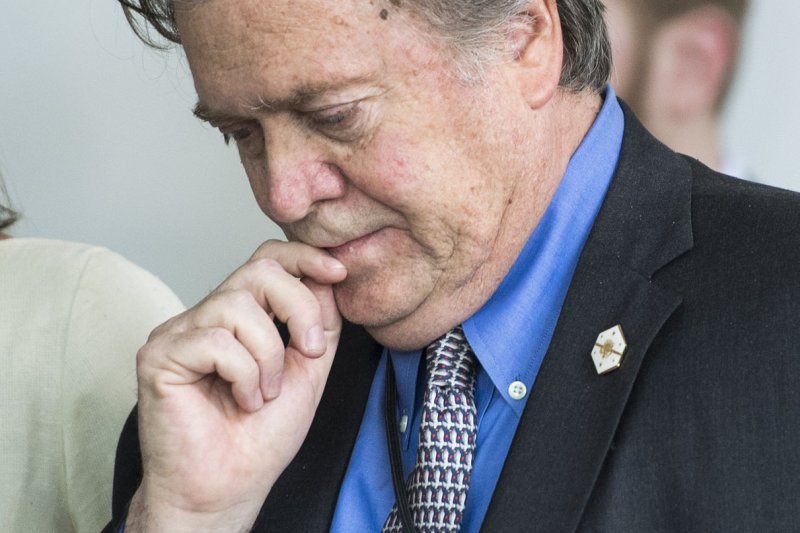 Jan. 4 (UPI) -- President Donald Trump's personal lawyer sent a cease-and-desist letter to the publisher and author of a book offering an inside look at the White House.

Charles Harder, a Beverly Hills, Calif.-based attorney, sent the letter to author Michael Wolff and Steve Rubin, the president and publisher at Henry Holt, on Thursday morning demanding that the publisher "immediately cease and desist from any further publication, release or dissemination of the book," as well as excerpts and summaries. The letter to Wolff and Rubin came one day after Harder sent another cease-and-desist letter to former White House adviser Steve Bannon, who spoke to Wolff for the book.

The legal notice to Wolff and Rubin said lawyers may pursue damages for libel and false-light invasion of privacy in connection with the book, Fire and Fury: Inside the Trump White House, is No.1 on Amazon's list of best sellers. Some news outlets have published excerpts for other pieces based on the book.

The book originally had a release date set for Tuesday, but a Henry Holt spokeswoman said the publisher moved that up to Friday, citing "unprecedented demand" to CNN.

In the letter, Harder alleges the book excerpts contain "false/baseless statements" about the president and that he can prove "actual malice" in defense of a libel case.

"Actual malice (reckless disregard for the truth) can be proven by the fact that the book admits in the Introduction that it contains untrue statements," the letter says. "Moreover, the book appears to cite to no sources for many of its most damaging statements about Mr. Trump. Also, many of your so-called 'sources' have stated publicly that they never spoke to Mr. Wolff and/or never made the statements that are being attributed to them."

The letter told Henry Holt and Wolff to "please confirm to us in writing by no later than Jan. 5, 2018, that you will comply with the foregoing instructions and have taken the steps outlined in this document to preserve ESI [electronically stored information] and tangible documents potentially relevant to this dispute."

Harder previously has represented Trump and his wife, Melania Trump.

In advance of the publication of the book, which included more than 200 interviews with Trump and senior staff over a period of 18 months, Wolff wrote a column for The Hollywood Reporter about his time in the White House.

He wrote: "Donald Trump's small staff of factotums, advisors and family began, on Jan. 20, 2017, an experience that none of them, by any right or logic, thought they would -- or, in many cases, should -- have, being part of a Trump presidency. Hoping for the best, with their personal futures as well as the country's future depending on it, my indelible impression of talking to them and observing them through much of the first year of his presidency, is that they all -- 100 percent -- came to believe he was incapable of functioning in his job."

Responding to criticism from Trump over his comments in the book, Bannon is reiterating his support for the president.

"The president of the United States is a great man," he said Wednesday night on the Breitbart News Tonight radio show on SiriusXM. "You know, I support him day in and day out."

And Thursday morning on the Breitbart radio show, Bannon assured a caller that "nothing will ever come between us and President Trump and his agenda." He added "we're tight on this agenda as we've ever been."

Bannon is quoted in the book as calling the meeting between a Russian lawyer and the president's eldest son, son-in-law Jared Kushner and then-campaign chairman Paul Manafort "treasonous" and "unpatriotic."

U.S. News // 13 hours ago
Biden warns of 'Armageddon' amid Russia nuclear threat
Oct. 6 (UPI) -- President Joe Biden on Thursday warned that the world could be heading toward "Armageddon" and that Russian President Vladimir Putin is "not joking" about his threats to use nuclear weapons amid the war in Ukraine.

U.S. News // 16 hours ago
Amazon hiring 150,000 holiday workers with up to $3K signing bonuses
Oct. 6 (UPI) -- Amazon is looking to get a jump on any potential logistics issue, and will hire 150,000 employees in the United States to help deal with the holiday rush, the company said on Thursday.
Advertisement