Dec. 26 (UPI) -- After a difficult year of store closings and retail struggles, sales for the holiday season and the U.S. job market appear to be riding a strong surge, statistics showed Tuesday.

According to Mastercard SpendingPulse, sales increased this year by roughly 5 percent from Nov. 1 through Christmas Eve -- an increase of 3.7 percent over the same period last year.

Sarah Quinlan, Mastercard senior vice president of marketing insights, said the boost began during the week leading up to Black Friday, the day after Thanksgiving. Also, because Christmas fell on a Monday, shoppers took advantage of the weekend for last-minute purchases.

Retailers are struggling with less foot traffic at physical stores, causing store closures and bankruptcies by many chains. Gap, Inc. has announced the closure of 200 Gap and Banana Republic stores over the next three years -- and Sears closed 150 of its stores in 2017.

Despite the slump, investors seem to be returning.

Shares of Macy's and Gap recently jumped 24 percent and 18 percent, respectively, and Walmart and Amazon are trading at near record highs.

According to the National Retail Federation, holiday shoppers were expected to spend an average of $967.

The numbers also showed credit card debt on the rise, its highest level since 2008. Credit card delinquency is also up, indicating that some consumers are spending above their means. 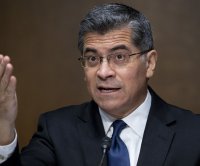