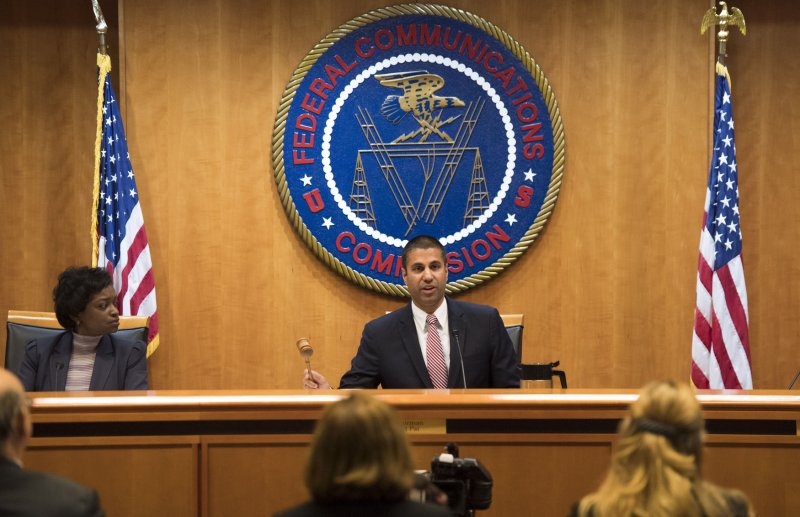 Dec. 21 (UPI) -- The Federal Communications Commission proposed a $13.4 million fine against the Sinclair Broadcasting Group Thursday for running paid programming during news programs without disclosure of its sponsors.

The fine amount is the largest ever proposed for a violation of the FCC's sponsorship identification rules.

The FCC said Sinclair aired paid programming about the Huntsman Cancer Institute during news programs under a paid agreement between the broadcaster and the cancer institute.

"This programming promoted the Foundation and the Institute and included 60- to 90-second sponsored stories made to look like independently generated news coverage and 30-minute paid television programs," the FCC said in a statement. "When broadcast licensees are paid or promised money or other valuable consideration to air specific programming, the Communications Act and FCC rules require them to air an announcement stating the program was paid for and the name of the individual or entity who paid for the program. Further, entities like Sinclair that supply paid programming to other broadcasters must inform them that the programming is sponsored."

The FCC said Sinclair failed to make those announcements to its viewers.

In a statement, Sinclair said the $13.4 million fine is "unreasonable, given the circumstances of our case and the absence of any viewer harm."

"Sinclair proudly supports the Cancer Foundation and its educational mission," the company said. "Any absence of sponsorship identification in these public service segments was unintended and a result of simple human error."

Sinclair said it plans to contest the fine.

U.S. News // 5 hours ago
Debate commission: Candidates' mics will be muted during portions of final debate
Oct. 19 (UPI) -- President Donald Trump and Democratic nominee Joe Biden will have their microphones muted during their opponents opening statements for each segment of Thursday's final presidential debate.

U.S. News // 6 hours ago
Trump mocks Fauci, downplays COVID-19 at Arizona rally
Oct. 19 (UPI) -- President Donald Trump on Monday criticized the director of the National Institute of Allergy and Infectious Diseases, Dr. Anthony Fauci, while downplaying the COVID-19 pandemic at a pair of rallies in Arizona.

U.S. News // 11 hours ago
Dow Jones falls 410 points as COVID-19 stimulus deadline nears
Oct. 19 (UPI) -- The Dow Jones Industrial Average fell 410 points on Monday as a deadline on another round of stimulus imposed by House Speaker Nancy Pelosi drew nearer without progress toward a deal.