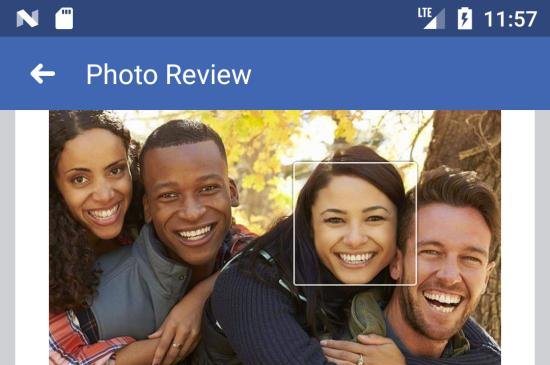 Dec. 19 (UPI) -- Facebook on Tuesday launched a new facial-recognition feature in which users will be notified if someone else posts a photo of them, even if they aren't tagged in the photo.

The company said the feature, called Photo Review, allows users to ask the uploader of the photo to remove it from Facebook if they don't want it posted online. Facebook said it's also offering the feature to prevent people from impersonating others on the social media platform.

It's the same technology Facebook uses to suggest friends users may want to tag in their own photo uploads.

"You're in control of your image on Facebook and can make choices such as whether to tag yourself, leave yourself untagged, or reach out to the person who posted the photo if you have concerns about it," Joaquin Quinonero Candela, director of Applied Machine Learning, said in a Facebook blog post. "We always respect the privacy setting people select when posting a photo on Facebook (whether that's friends, public or a custom audience), so you won't receive a notification if you're not in the audience."

Facebook also introduced a new way for users with visual impairments to know who appears in photos in their news feed by describing the people in a photo, even people who aren't tagged in the photos.

Users can opt out of Facebooks facial-recognition feature altogether.

U.S. News // 4 hours ago
Latest hurricane danger could plot an 'unusual track' toward Florida
AccuWeather meteorologists are warning Tropical Storm Ian in the Caribbean could potentially strike the west coast of Florida -- an often missed target.

U.S. News // 1 day ago
Arizona judge reinstates 1864 abortion ban from before territory became a state
Sept. 23 (UPI) -- An Arizona judge on Friday ruled that an 1864 territorial law banning abortions should be reinstated, just a day before a new ban on abortions after 15 weeks of pregnancy was to take effect.
Advertisement