Dec. 14 (UPI) -- Five years after the Sandy Hook elementary school massacre, families will quietly mark the anniversary Thursday as gun-control advocates wonder if a slew of state gun laws since then have curbed mass shootings.

The shooting in Newtown, Conn., began around 9:30 a.m. after 20-year-old Adam Lanza shot and killed his mother at their home. He killed 20 children along with six adults at the school before killing himself.

The massacre shocked the country -- it was the second-worst mass shooting in modern U.S. history and most of the victims were 6 or 7 years old.

Former President Barack Obama shed tears several times as he addressed the shooting from the White House, describing the "overwhelming grief" felt throughout the nation.

"This evening, [first lady] Michelle [Obama] and I will do what I know every parent in America will do, which is hug our children a little tighter and we'll tell them that we love them, and we'll remind each other how deeply we love one another. But there are families in Connecticut who cannot do that tonight. And they need all of us right now."

The president also said it was time to take "meaningful action" on gun control to prevent other tragedies.

"As a country, we have been through this too many times," he said.

In January 2013, Obama signed a slew of executive orders he described as "commonsense measures" to help police, mental health professionals and schools to protect Americans. Other gun-control measures were introduced in Congress in the years since, but none passed.

The biggest gun control actions have come at the state level.

The Giffords Law Center to Prevent Gun Violence -- founded by former Rep. Gabrielle Giffords, D-Ariz., who was shot along with 18 others in 2011 -- said there have been more than 200 state laws put in place since the Sandy Hook shooting. Most address deal with expanding background checks and others enact regulations on ammunition purchases and reporting of lost or stolen firearms.

"In some states, people are considerably safer than they were five years ago from gun violence, but that's not true at the federal level. Overall as a nation, people are dying at far too great a rate," Avery Gardiner, co-president of the Brady Campaign to Prevent Gun Violence, told ABC News.

"Change is going to be very hard in Washington, and I think it's likely that we're going to continue to look at referendums as a way to make change," he said.

The legislation is "the culmination of a 30-year movement recognizing the right of all law-abiding Americans to defend themselves and their loved ones, including when they cross state lines," said Chris Cox, executive director of the National Rifle Association.

There have been hundreds of mass shootings in the country since Sandy Hook, including two with higher death tolls. A shooter killed 58 people at a concert outside the Mandalay Bay Resort and Casino on Oct. 1 in Las Vegas, and 49 victims died in June 2016 at a gay nightclub in Orlando, Fla.

On the fifth anniversary of the Sandy Hook shooting, the town of Newtown is not holding any public memorials and is instead asking for privacy. Local houses of worship and families plan to hold private events, and schools will be open as normal.

This is the first anniversary of the massacre since the new Sandy Hook elementary school opened on the grounds of the school where the shooting happened. The old school, along with the Lanza home, were demolished.

"This is really a time for the community to be together, and we've asked for that respect for that past five years," Lorrie Rodrigue, Newtown's interim superintendent of schools, told The Wall Street Journal. 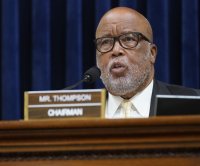