Three women who have accused President Donald Trump of sexual misconduct said at a news conference Monday they want him investigated by Congress. Photo by Kevin Dietsch/UPI | License Photo

The company produced a video that features 16 women who shared similar accusations of sexual misconduct by Trump before he was president. They first made the allegations during the presidential campaign.

Crooks urged Congress to "put aside party affiliations and investigate Trump's history of sexual misconduct." She accused the president of forcibly kissing her 12 years ago at Trump Tower in New York City, where she was a young receptionist.

"If they were willing to investigate Sen. [Al] Franken, it's only fair that they do the same for Trump," she said.

Franken, D-Minn., announced Thursday he will resign but noted the "irony" of being forced to step aside when "a man who has bragged on tape of his history of sexual assault sits in the Oval Office."

Leeds, who said Trump groped and kissed her on an airplane, hopes the #MeToo movement will "produce enough pressure on Congress to address it more than just for their own members but to address it with the president."

Holvey, a former Miss USA contestant who said last year Trump inappropriately inspected pageant participants, said a "non-partisan investigation is important not just for him but for anybody that has allegations against them.

"This isn't a partisan issue, this is how women are treated everyday," she said. "They've investigated other Congress members so I think it only stands fair he be investigated as well."

The women also appeared with NBC's Megyn Kelly on her show Monday morning.

"I put myself out there for the entire world, and nobody cared," Holvey said on Megyn Kelly Today.

A statement by the White House was read during the show.

"These false claims, totally disputed in most cases by eyewitness accounts, were addressed at length during last year's campaign, and the American people voiced their judgment by delivering a decisive victory. The timing and absurdity of these false claims speaks volumes and the publicity tour that has begun only further confirms the political motives behind them," the statement read.

Trump had vowed to sue women who have already leveled accusations of misconduct against him during the 2016 campaign. To date, no lawsuits have been filed.

Summer Zervos, a former contestant on NBC's The Apprentice who accused the president of similar allegations, sued for defamation. Trump's lawyer said he was "too busy" to attend a recent court appearance in that case.

The women were asked Monday if they were considering taking similar legal action. They said the "court of public opinion" would provide an answer. All three women, though, said Trump should resign as a result of repeated claims of misconduct.

"Unfortunately, I feel the sexual aggression issue is kind of low on the list of issues wrong with Trump but it's important enough to me to bring this up and hope we can get some sort of change in our culture that will improve the situation going forward," Leeds said.

Trump endorsed Roy Moore, the Republican nominee in this week's Senate election in Alabama. Several women said Moore made advances toward them when they were teens and he was in his 30s. One accuser said she was 14 at the time. They said Moore is following the script Trump used a year ago in his own election.

"He was able to just deny what we said, and that got him elected just fine," Crooks said.

"It's really horrifying and it's confusing because you would think that the good people of Alabama could see through this but we've gotten so polarized with the politics they want to keep a Republican seat even though it's a pedophile," Leeds added.

U.S. News // 2 hours ago
Judge blocks Justice Dept. move to shield Trump from defamation suit
Oct. 27 (UPI) -- A defamation case brought by a magazine columnist against President Donald Trump will proceed after a federal judge on Tuesday rejected an attempt by the Justice Department to intervene. 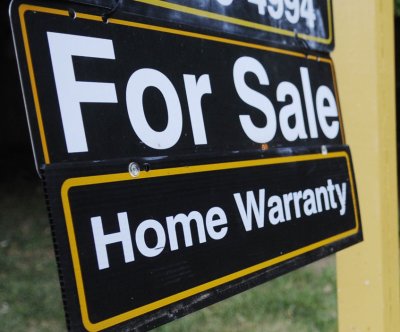