Sen. Bernie Sanders says "jumping the gun does nobody any good" regarding the call from some House members and donors to impeach President Trump. File Photo by Mike Theiler/UPI | License Photo

"I think there is a process that has to be followed. I think Mr. Mueller is doing a very good job on his investigation. And if Mueller brings forth the clear evidence that there was collusion between the Trump campaign and the Russians, I think you have grounds for impeachment," Sanders said on Sunday's Meet the Press on NBC. "But I think jumping the gun does nobody any good. You have to bring the American people onto this issue. You don't want to make it into a partisan issue. If we are going to go forward with impeachment, I want the American people clearly to understand why that is the case, why it makes sense, why it is the right thing to do. I don't think we're there right now. That's what the Mueller investigation is all about."

The senator from Vermont went on to say he is "deeply offended" by what he described as "Republican efforts to try to discredit" Special Counsel Robert Mueller.

"When he was FBI director, he was a great guy. Now that he is doing his job here, Republicans don't like him. I think that's really very unfair," Sanders said.

Sanders ran against -- and lost to -- Hillary Clinton in the Democrat primary for the 2016 U.S. presidential election. Clinton went on to win the popular vote, but lost the electoral vote to Trump.

Several members of Congress have been calling for Trump's impeachment in recent months, alleging the first-term president encouraged racial and ethnic divisions throughout the United States, as well as improperly fired FBI Director James Comey, and undermined the independence of the federal judiciary and freedom of the press.

Steyer has spent millions of dollars on advertising to call for Trump's impeachment. 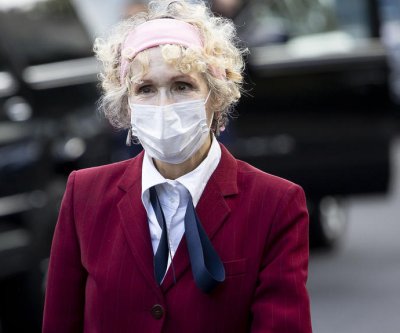 U.S. News // 10 minutes ago
Judge blocks Justice Dept. move to shield Trump from defamation suit
Oct. 27 (UPI) -- A defamation case brought by a magazine columnist against President Donald Trump will proceed after a federal judge on Tuesday rejected an attempt by the Justice Department to intervene. 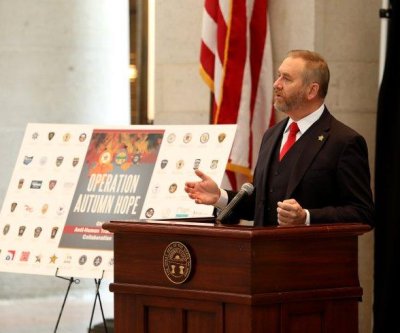